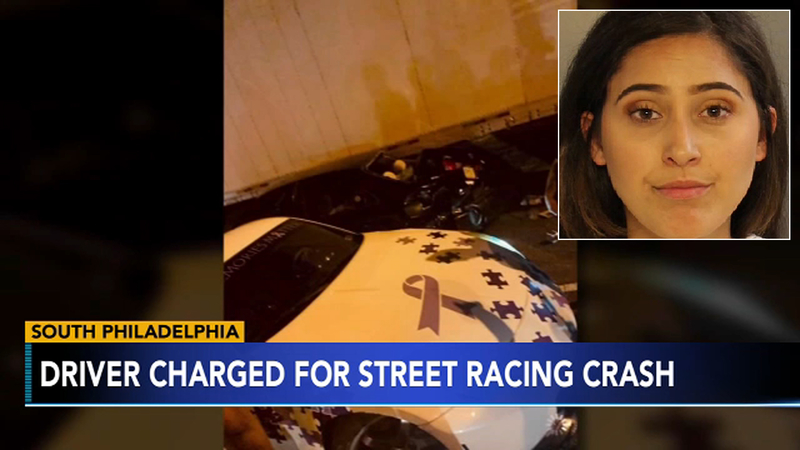 PHILADELPHIA -- Police have now charged the suspected driver in a street racing crash from back in July.

Investigators say Kabashi was behind the wheel of a white 2003 Nissan 350z that careened out of control, struck a parked car and hit a pedestrian.

The hit-and-run crash happened on 3rd Street in South Philadelphia on July 20.

Police say Kabashi left the scene of the crash. Police did speak with her in the days after the crash but authorities just completed their investigation.

Kabashi's attorney said in July it was all an accident and she left the scene for her own safety.

"If you watch the video, multiple individuals, multiple males - you see my client is a 21-year-old female - multiple males told her to leave the scene and surrounded her car. I feel it was in her best interest, and as we discussed with police, that was almost necessary," attorney Jordan Freeman said.

Police want to remind drivers that street racing is illegal.