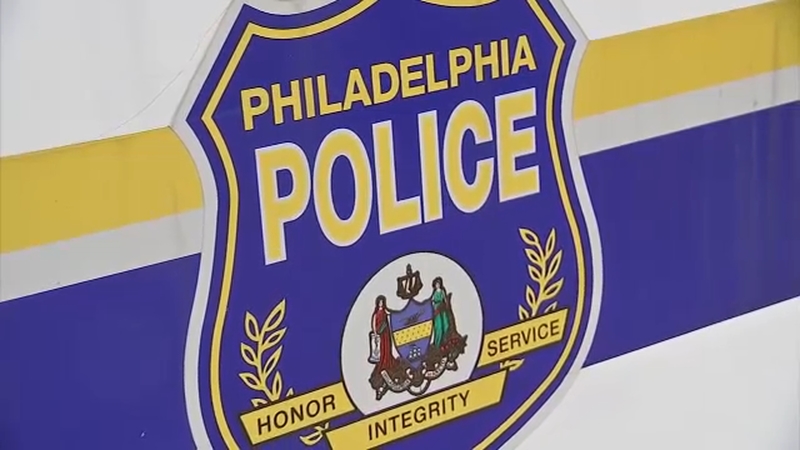 PHILADELPHIA (WPVI) -- The City of Philadelphia has come to a partial agreement with the ACLU of Pennsylvania regarding the "Bailey case," a federal class-action lawsuit filed in 2010 to reform stop and frisk policies in Philadelphia.

However, the parties disagree with how police should handle quality-of-life crimes when reasonable suspicion is present.

Currently, Philadelphia police officers can conduct stops and issue tickets for a quality-of-life offense like public urination, smoking marijuana, panhandling and littering. In 2016, Mayor Jim Kenney signed a law that decriminalized these offenses.

The ACLU of Pennsylvania calls for reform, and in a March press release stated, "The reform measure would require an officer first to direct the individual to cease the offending conduct, and only if that person refuses will the police be allowed to make a forcible stop."

However, the city stated in a recent court filing that stopping such enforcement "would deprive PPD of a valuable crime-fighting tool at a time when Philadelphia's homicide rates have never been higher, and when community members have been increasingly scared for their own safety and the safety of their families."

On Friday, the Philadelphia Police Department sent a memo to residents and community organizations, asking them to submit affidavits to the court "stating that they oppose such actions" that would stop the enforcement of quality of life offenses.

"We forwarded it to our members and we got quite a few replies, you know, people are happy to be concerned about quality of life issues, but they're also really concerned about how those goals are implemented," said Barbara Halpern, vice president of the Center City Residents Association.

On Saturday, Philadelphia Police Commissioner Danielle Outlaw and City Solicitor Diana Cortes apologized about the memo, in part stating, "The way in which that feedback was solicited was inappropriate and misconstrued the purpose of the request. To be clear - in no way was the intent to scare community members into hastily providing affidavits for fear of negatively impacting the case."

"I think it was an embarrassment. It put civic organizations in a terrible position and I think it was fear-mongering," said Councilmember Helen Gym. "The city needs to affirm its commitment to the Bailey Consent Decree to constitutionality and that we're going to end discriminatory stop and frisk once and for all."

According to a city spokesperson, the following proposals were agreed to by all parties:

"As part of the filing, the police department proposed the rollout of several initiatives that they believe will form the foundation for addressing racial disparities and bias that exist in the pedestrian stops and frisks being conducted in Philadelphia. These initiatives include:

"We apologize and immediately retract communications in the past week from police regarding enforcement of quality-of-life offenses in Philadelphia communities. The intent of the Police Department was to assist the Law Department in documenting feedback from community members who previously expressed support for continued enforcement. This would allow their perspectives to be presented to the Court in the ongoing Bailey litigation. However, the way in which that feedback was solicited was inappropriate and misconstrued the purpose of the request. To be clear - in no way was the intent to scare community members into hastily providing affidavits for fear of negatively impacting the case. We -as well as the Mayor and Managing Director-- strongly condemn any such fear-mongering.

As such, any declarations or testimonials on this issue gathered from this outreach will not be presented to the Court at this time. We will work with Plaintiff's counsel to determine a more thoughtful and appropriate method to solicit community input on this issue.

We understand that some members of communities of color in Philadelphia who have suffered their entire lives under systemic racism are offended by this messaging. To them, again, we humbly apologize. As the Mayor said Friday in his remarks in advance of the Chauvin trial verdict, we are committed to making sure that we learn from our own mistakes, demonstrate accountability, and hold ourselves to a higher standard. We failed here. We vow to do better."
Report a correction or typo
Related topics:
societyphiladelphiaaclucommunityphiladelphia police
Copyright © 2022 WPVI-TV. All Rights Reserved.
TOP STORIES
What is monkeypox? What to know after US confirms 1st 2022 case
Delco bus driver accused of taking upskirt photos of students
Rise in brazen thefts force convenience stores to close
5 people shot in North Philadelphia near Temple University
Grand jury indicts man in Buffalo supermarket shooting
Newlyweds mark big day with fiery stunt
AccuWeather: From showers to sunshine
Show More
Oz, McCormick locked in tight race. Could a recount be triggered?
1st monkeypox case in US this year reported in Massachusetts
Biden invokes Defense Production Act for formula shortage
Red Cross registers hundreds of Ukrainian POWs from Mariupol
18-year-old dies after being trapped under sand at Jersey Shore
More TOP STORIES News