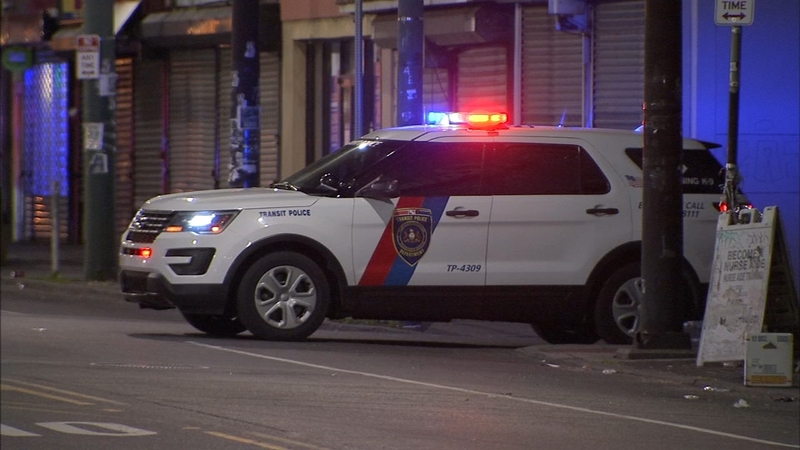 Officer fires at gunman who shot victim in face: Police

This marks the second time this week officers have opened fire believing they were under threat.

The police-involved shooting happened just before 1 a.m. on the 1500 block of Pratt Street.

According to Chief Inspector Scott Small, a 15th district officer was on patrol in the area when he heard gunshots and saw a male gunman firing shots at the intersection of Frankford Avenue and Pratt Street.

The suspect ran from the scene, but the officer caught up with him while on foot near the 1600 block of Pratt Street.

"While running after him, the suspect slowed down, with the weapon still in his hands, and then turned back towards the officer. The officer discharged his weapon one time, missing the suspect," said police in a news release Thursday afternoon.
The suspect was later arrested on the 5200 block of Duffield Street with the help of SEPTA police. A handgun believed to be in the suspect's possession was found in a trashcan.


Small said police found three spent shell casings from the suspect's gun at the initial shooting scene. About 25 feet from that location, they found blood, but no victim.

Minutes later, officers learned a 34-year-old male shooting victim had been taken by a private vehicle to a nearby hospital. He had been shot in the face.
Small said the shooting victim was able to tell police he had been shot at Frankford and Pratt. The victim later told officers that the armed suspect involved in the pursuit with officers was not the person who shot him.

Police have not identified the suspect at this time.