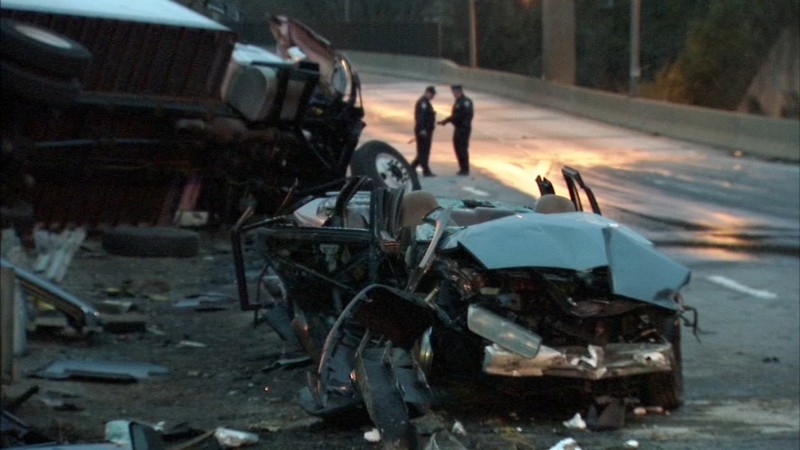 It happened around 4:45 a.m. in the southbound lanes of the Roosevelt Boulevard Extension between 9th Street, going on to I-76 in the East Falls neighborhood of Philadelphia.

HEADS UP: Major accident on Roosevelt blvd extensión closed off on SB lanes btwn 9th and 76 and NB getting off of 76. Truck and car involved with large area of debris. Two people taken to hospital, conditions unknown. Avoid area @6abc pic.twitter.com/82CR0VfgaX

A driver had to be extricated from one of the vehicles.

The truck, meanwhile, veered off the road, ripped off the guardrail along a 40-yard stretch, and came to a rest teetering on the median into the northbound lanes, while leaking fuel onto the roadway.

The jaws of life were also used to free the truck driver.

Crews brought in a crane to lift up the tractor-trailer.

Police say one of the drivers, a 28-year-old, was taken to Temple University Hospital in critical condition. The second driver's condition is unknown.