6-year-old girl shot while playing outside in Philadelphia; suspect wanted 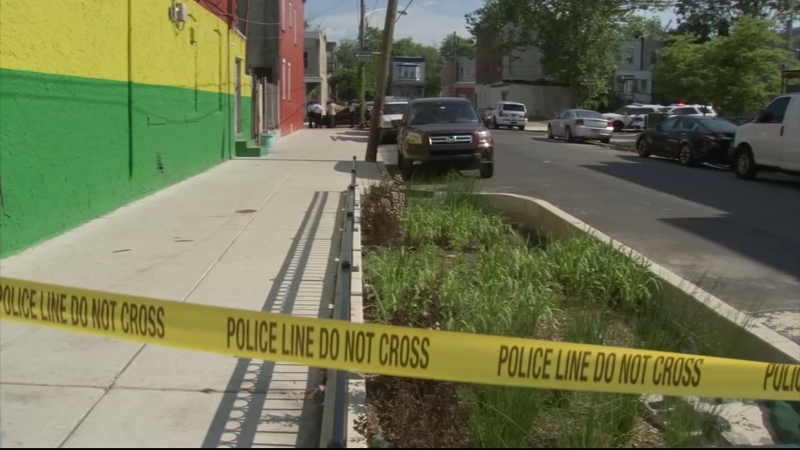 Girl shot while playing outside in Philadelphia; suspect wanted

PHILADELPHIA (WPVI) -- Philadelphia police are investigating a shooting involving a child in the city's Mantua section on Monday.

Police say a 6-year-old girl was shot in the leg while she was outside playing with other children.

Police Commissioner Danielle Outlaw says the girl's parents were inside a vehicle when the shots rang out. Some of those bullets did hit the windshield but no other victims were struck.

According to Outlaw, a group of men were running toward the children around the time of the shooting.

"We do know that there was information that there was a vehicle, a dark-colored sedan, that was following the group of males that was running prior to the shooting," said Outlaw.

It still unclear who fired the gunshots.

The girl was rushed to Children's Hospital of Philadelphia where she was placed in stable condition.

Meanwhile, outrage continues to grow over the alarming number of children being shot in Philadelphia.

According to the Action News Data team, as of May 13, 75 children under the age of 18 had been shot in Philadelphia. That's a 56.3% increase from the same period last year.

The 6-year-old victim is the third child under 10 years old to be shot this year.

"I'm sick and tired of our children being caught up in this senseless violence," said Outlaw. "It's disgusting yet again that I'm here speaking to you about a 6-year-old getting shot."

For several years now, Pastor Carl Day of Culture Changing Christians has been working to get young men off Philadelphia's dangerous streets by offering mentoring programs with monthly trips, stipends and teaching them holistic life skills.

"We're gonna continue to push even harder to reach these men out here, get these men to put their guns down and also make better choices with their lives," said Day.