"I heard about four to five pops, and I figured it was gunshots," said a neighbor who lives near Strahle and Ditman streets.
WPVI
By Katherine Scott 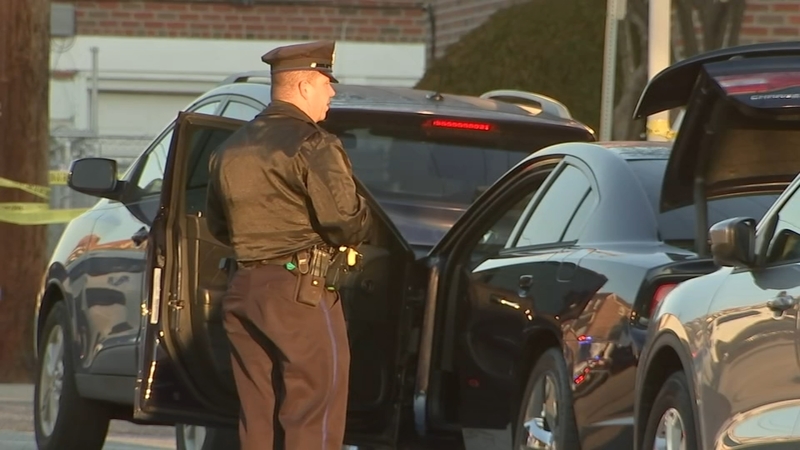 PHILADELPHIA (WPVI) -- A 31-year-old man was shot early Thursday morning in Philadelphia's Holmesburg section after police say he confronted a man trying to steal a car.

Neighbors in the area heard gunshots as the incident unfolded around 5:45 a.m. on Strahle Street, near Ditman Street.

"I heard about four to five pops, and I figured it was gunshots," recalled Barbara English, who lives nearby.

Neighbors say the victim and his girlfriend often move their cars early in the morning.

Investigators believe the suspect, or suspects, planned to steal both cars. One vehicle was already gone.

Police said when the victim went outside, he saw a man sitting in his girlfriend's Dodge Charger.

The victim confronted him and was shot. He was taken to an area hospital and was placed in stable condition.

"It's crazy with all these guns everything going on, it's crazy," said Bill Caserta of Holmesburg.

Shell casings were circled in the street and a bullet pierced a nearby home.

Another bullet hit a parked car belonging to English.

"Car got hit, and I'm trying to figure out how to pay for it," English said.