Detectives are combing through security footage to identify all of the shooters involved.
WPVI
By 6abc Digital Staff and Christie Ileto 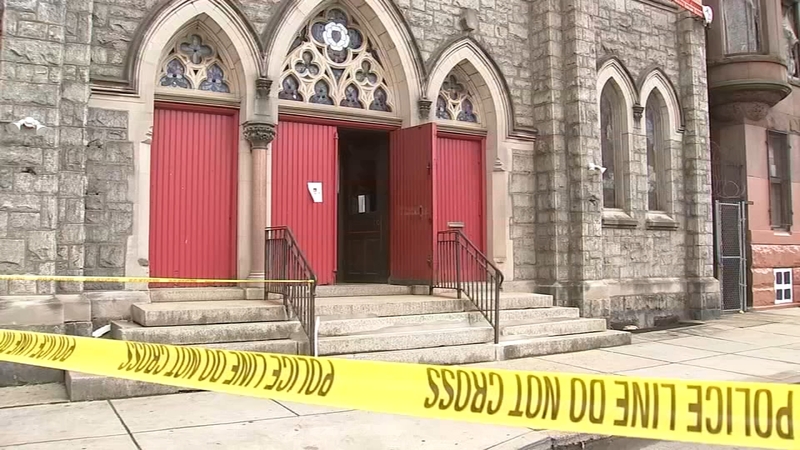 PHILADELPHIA (WPVI) -- Philadelphia police are still searching for the gunmen who unleashed more than two dozen bullets outside of a church over the weekend.

It happened around 2 p.m. Sunday on the 2900 block of Ridge Avenue just outside of the Christ Evangelical Lutheran Church.

Police say a 25-year-old man was shot in the shoulder and chest. He was rushed to an area hospital where he was placed in stable condition.

"First you just heard one or two shots, then you heard a series of shots," said Rev. Jesse Brown.

Police believe the shooting victim fired at three other men who returned fire.

Detectives are combing through security footage to identify all of the shooters involved. Roughly 26 shots were fired.

"Using the church as a shield," exclaimed Brown. "We had just let out of church. So we had church members making their way to the cars, and they were put in jeopardy."

The recent shooting is also on the mind of other area churches ahead of liturgical celebrations.

"We're pretty tight on our security. Stuff like this that just recently occurred reminds us that anything can occur anywhere," said Pastor Carl Day of Culture Changing Christians.

But Brown says this goes beyond extra security.

"We had people out here who saw what went on... and if they don't want to identify themselves, tell me, I'll tell the police," said Brown.

Brown also says community outreach and youth programming are the long-term solutions to what's unfolding in the streets.

Anyone with information on the shooting is asked to call police at 215-686-TIPS.