The security guard, identified as a 41-year-old man, was taken to an area hospital where he's expected to survive.
WPVI
By 6abc Digital Staff and George Solis 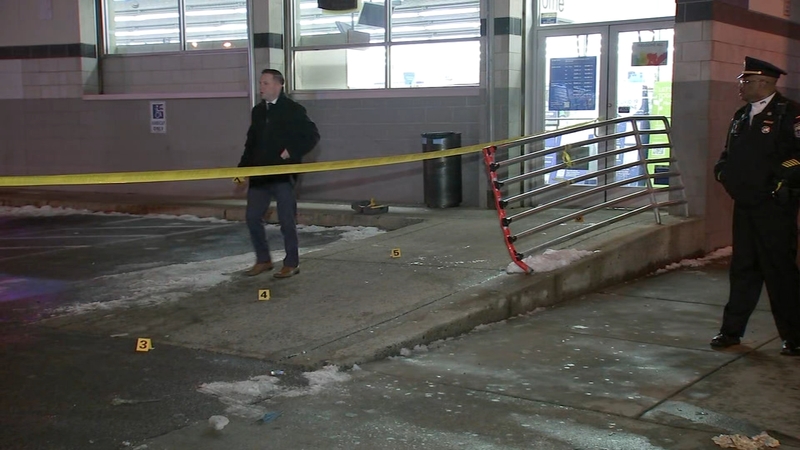 PHILADELPHIA (WPVI) -- Philadelphia police are searching for the suspect who shot a Rite Aid security guard following an altercation on Tuesday night.

It happened near Broad and Oxford streets just before 9 p.m. in North Philadelphia.

Police say a man and woman inside the store were being rude to employees and that's when two security guards employed by Rite Aid interfered.

They asked the two to leave the store.

One of the guards, a 41-year-old man, reportedly walked the couple out of the store to a nearby parking lot in the back of an AMC Theatre where an altercation ensued.

"We believe it could have been a fistfight, and the gentleman who was arguing in the store pulls out a gun and fires one shot, hitting the (security guard) in the foot," Philadelphia Police Captain John Walker said.

Police believe the shooter took off on foot.

The security guard was taken to an area hospital where he's expected to survive.