Police say the 38-year-old victim died after he was shot four times inside the corner deli.
WPVI
By 6abc Digital Staff 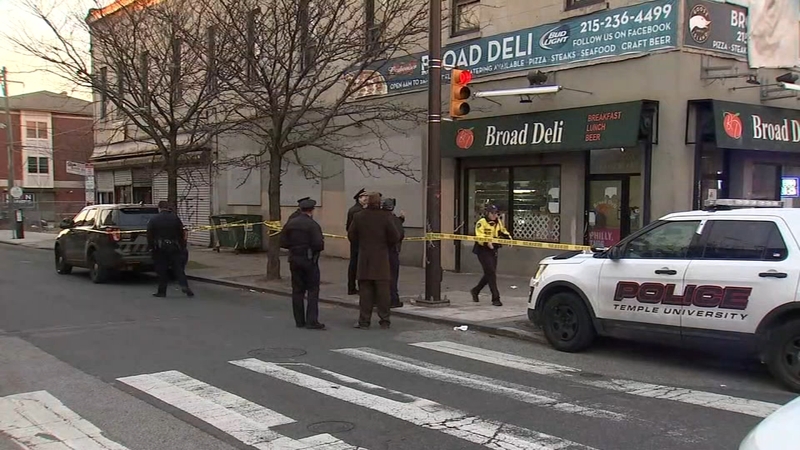 PHILADELPHIA (WPVI) -- A man was killed during a struggle with a robbery suspect inside a North Philadelphia corner deli, police say.

It happened around 4 p.m. Monday on the 2200 block of North Broad Street.

Police say the 38-year-old customer was shot four times during the altercation with the suspect.

The victim was rushed to an area hospital where he later died.

At least 12 people were shot in Philadelphia from Monday afternoon to night.