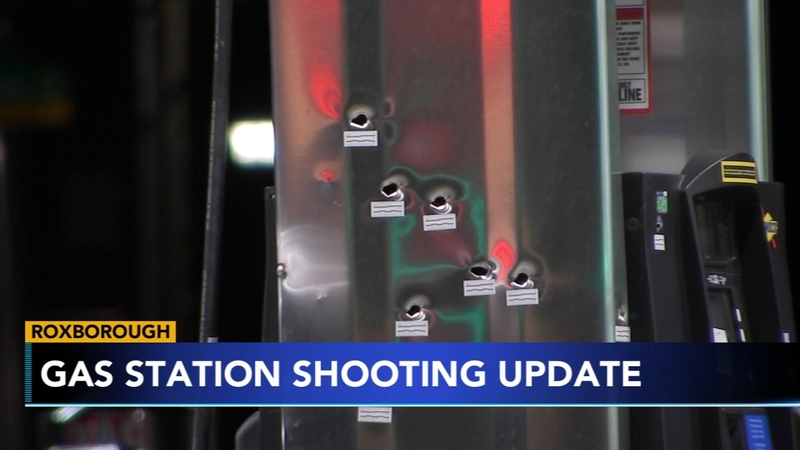 PHILADELPHIA (WPVI) -- A man who was gunned down at a gas station in Philadelphia Sunday night was also the same victim who drove to a city casino for help last month, Action News has learned.

The 28-year-old man was found shot to death Sunday night at a Sunoco gas station on Ridge Avenue in the city's Roxborough neighborhood.

A number of bullet holes pierced the gas pumps and police said they found about 15 shell casings at the scene.

Investigators said the man was able to run about half a block down the street before he collapsed on a hill next to a home. He was later pronounced dead.

A number of bullet holes pierced the gas pumps and police said they found about 15 shell casings at the scene.

Sources tell Action News that the same shooting victim drove himself to Rivers Casino in Fishtown following a shootout on February 21.

Action News was there after the victim pulled up to the valet in a bullet-riddled white Audi and collapsed from multiple gunshot wounds.

The man has not been identified and no arrests have been made in either case.