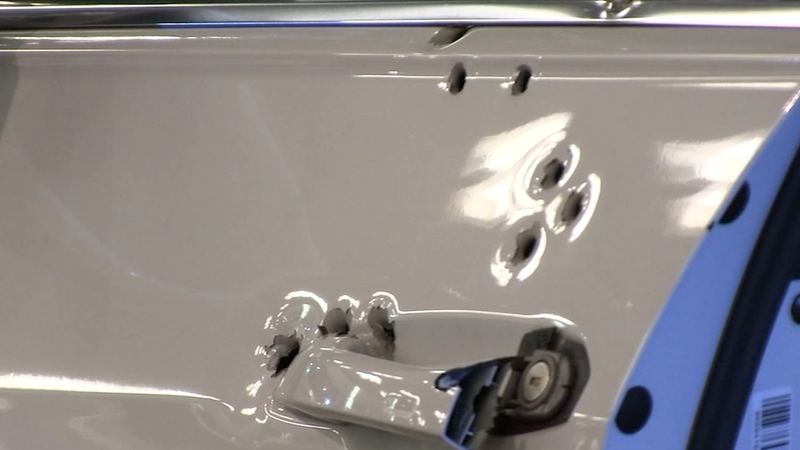 Man shot in Northern Liberties, drives to nearby casino for help

PHILADELPHIA (WPVI) -- Philadelphia police are investigating a shooting that left a man injured in the city's Northern Liberties section on Monday night.

Police say the 28-year-old victim arrived at Rivers Casino in Fishtown to get help around 9 p.m.

According to investigators, the victim pulled up to the valet in a bullet-riddled white Audi and collapsed from multiple gunshot wounds.

He was rushed to an area hospital and placed in critical condition.

Police believe the shooting actually occurred on the 400 block of Front Street in nearby Northern Liberties.

Philadelphia police are investigating a shooting that left a man injured in the city's Northern Liberties section on Feb. 21, 2022.

More than a dozen shots were fired by two gunmen in separate vehicles, police said.

It's unclear if the victim in the Audi was firing a weapon, but ballistic evidence revealed that gunshots were fired from within the sports car.

Nearby homes on Front Street were also hit during the shootout.

No injuries were reported, but police say at least one home was occupied when the gunfire rang out.