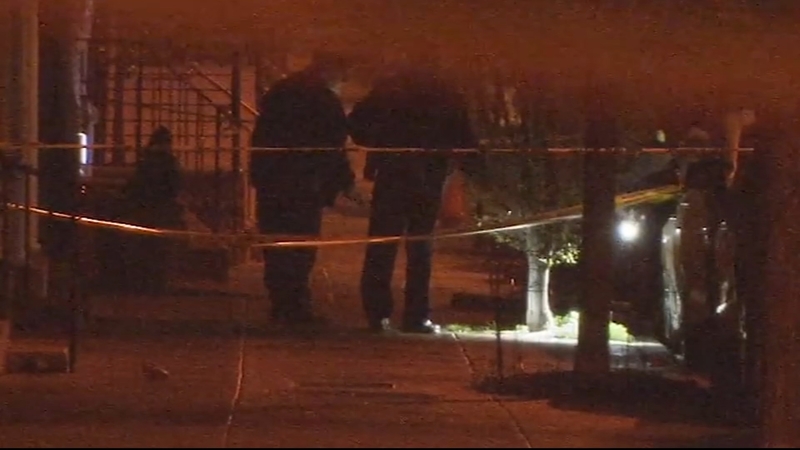 PHILADELPHIA (WPVI) -- They are the scenes that are playing out nightly in Philadelphia: stunned neighbors on steps behind a backdrop of police lights and crime tape after yet another shooting.

And while not always visible, more often than not there's a grieving family that's been destroyed by the gun violence that shows no signs of slowing down.

So, what is the solution?

"Man, that's a heavy question. I think the solution is going to be on everybody," said Culture Changing Christians Pastor Carl Day.

Day has had a front seat to the escalating violence.

He spends many nights on city streets talking to teens and young adults trying to stop the violence before it even starts.

Since April 11, the city has seen a 36% increase in murders over last year.

Fifty shooting victims have been minors. That's a 40% increase over what was seen in 2020.

On Tuesday, Day stood alongside other advocates as city leaders detailed their approach to aid in the fight.

Their plan is called the "Violence Prevention and Opportunity Agenda."

It is a menu of options, including a $400 million initiative centered around job creation and community outreach.

The announcement was made at non-profit NOMO - which stands for New Options, More Opportunities - in North Philadelphia, which has been doing a lot of this work already.

All this as the council and the mayor start budget discussions for the next year.

"It is no more important issue than we are facing here in the city of Philadelphia today, than saving our youth," said council member Kenyatta Johnson.

For those already on the ground, like Pastor Day, it's also a matter of not losing hope.

Council members say much of their discussions will be centered on who gets cash for programs and following up to see it's actually making a difference.