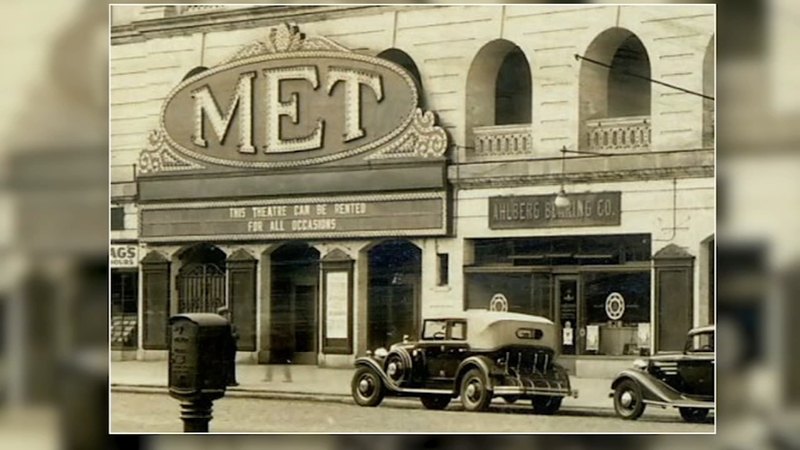 PHILADELPHIA (WPVI) -- It took millions but the Met Philadelphia has been restored to its old glory.

Monday night people will pack the house for the Grand Opening and a performance by Bob Dylan.

A ribbon cutting marked the rebirth of the century-old building on North Broad and Poplar streets Monday afternoon.

It was built by opera impresario Oscar Hammerstein in 1918 to help Philadelphia with its battle with Manhattan as a cultural haven.

The big apple's power prevailed and times got hard here: churches were in and out, circuses, boxing matches and basketball. Then the building fell into neglect.

The Hammerstein descendants had long considered it a lost cause, but now millions reinvested has created a new lease on life.

"They can build new theaters cheaper than a restoration, but when you walk in here you realize they don't build them like they used to," said Will Hammerstein.

The rehab has triggered hundreds of jobs in recent years with promises of permanent jobs starting now.

"It's going to be unbelievable that this would be happening all these years later, who would've thought it."

The rebirth of the Philadelphia Metropolitan Opera House at age 100 has cost $56 million in total.