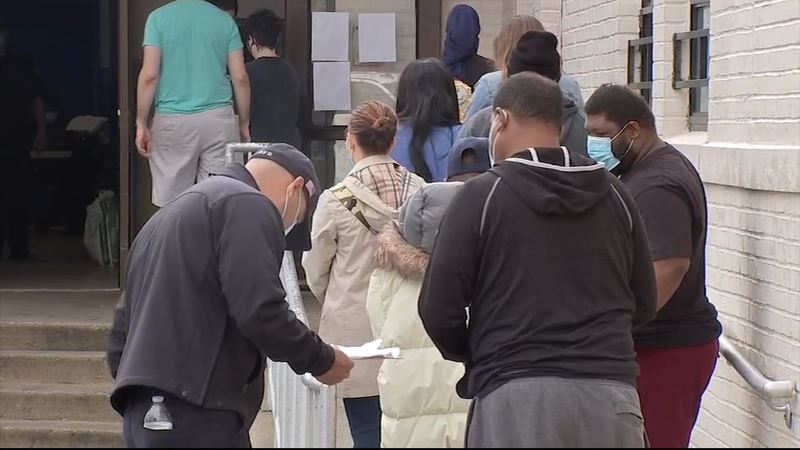 The Federal Government surprised the city by increasing the number of Pfizer first doses, from 22,230 to 26,910, for delivery next week. Farley also said they were notified Tuesday that the city will receive an additional 9,000 doses of the Johnson & Johnson vaccine.

On Friday, the eighth city vaccine site opened at 55th and Market streets inside the Salvation Army Building. This site will continue every Friday through April from 8 a.m. to 4 p.m.

On the first day, the Johnson & Johnson one-dose vaccines were administered. This continues the city's push to reach underserved neighborhoods.

Residents say these sites are critical since many cannot make it to the Convention Center or receive one through a private site.

"This makes it a great deal easier," said Naomi Paskins Parsons of West Philadelphia. "I'm asthmatic and uninsured. I'm one of the people that if I got it, it would kill me."

There are now 200 vaccination sites across Philadelphia that include the Pennsylvania Convention Center site run by FEMA, the smaller city neighborhood sites - some of which are staffed by firefighters and healthcare systems - the Black Doctors Consortium, and community groups using private contractors and pharmacies. The pharmacies are working with the federal government to receive allotments of the vaccine directly.

The Archdiocese of Philadelphia also joined in as they saw a need. They have at least five vaccination sites they have run, and Tuesday they are adding one in the Northeast at St. Katherine of Siena Church at 9700 Frankford Avenue.

"We are mostly having our staff do the outreach. We do not want technology to be an issue for any seniors. They do not need to sign on any websites; just need to call our offices," said Heather Huot, the Director of Catholic Housing and Community Services.