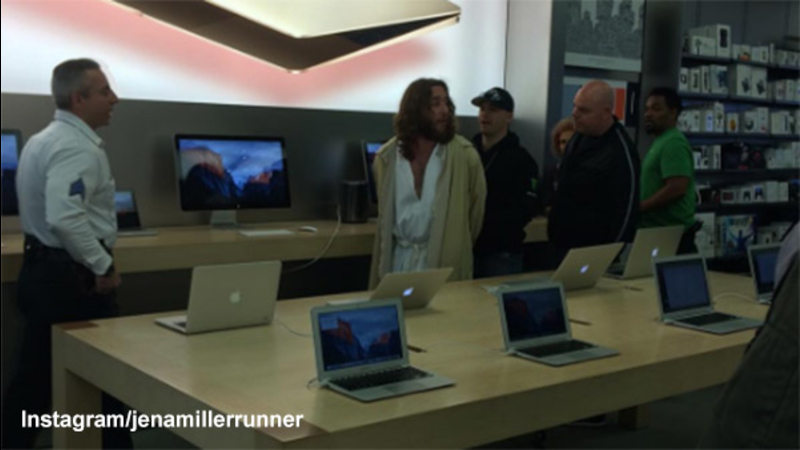 The incident took place around 6:15 p.m. at the Apple Store at 16th and Walnut streets.

Police tell Action News they received a call from the store manager about a man who would not leave the store when asked.

Officers arrived to find Philly Jesus, a former drug addict whose real name is Michael Grant, and who is known to Center City residents for dressing like Jesus and quoting Bible verses.

Police asked him to leave the store. They say Grant refused to leave and created a disturbance.

He was taken into custody and charged with Defiant Trespassing and Disorderly Conduct.

Witness Jen A. Miller posted a photo on Instagram of police handcuffing Grant.

This is not the first time he has been arrested.

Back in 2014, his arrest at LOVE Park went viral. #FreePhillyJesus was trending on Twitter.

He was arrested then for Disorderly Conduct and Failure to Disperse. 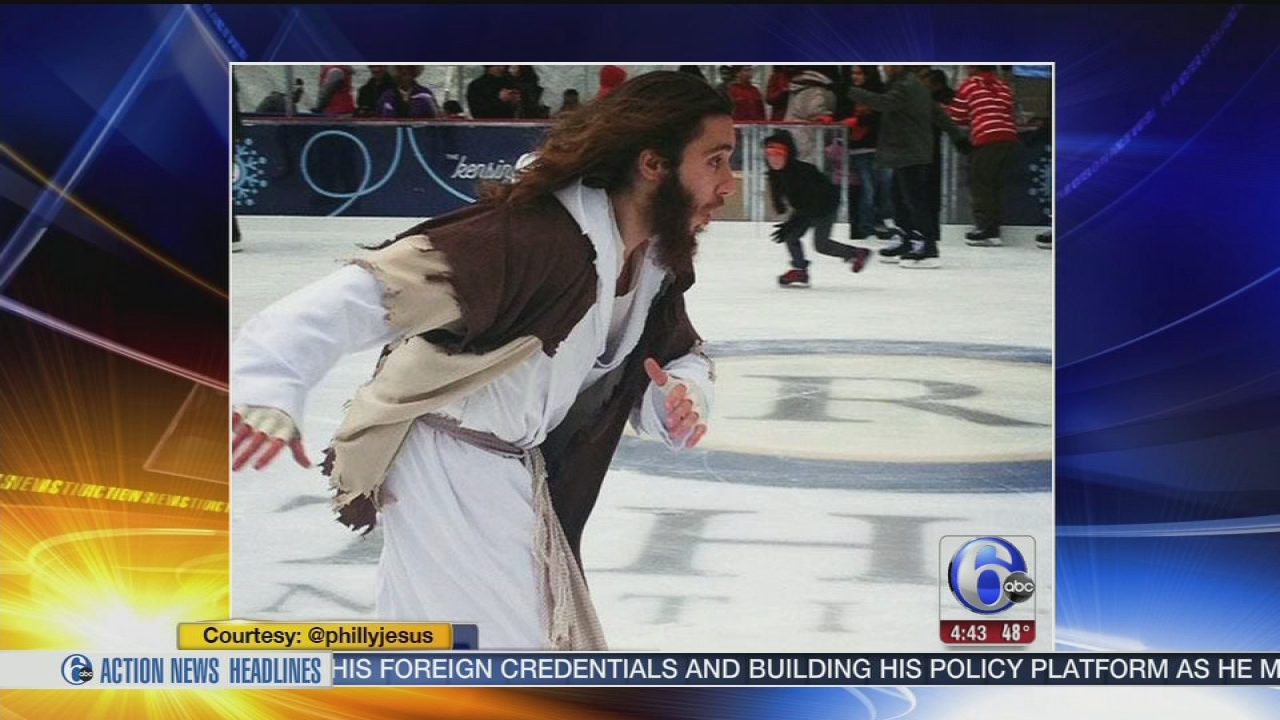 VIDEO: Philly Jesus arrest goes viral
Michael Grant, better known as Philly Jesus, and his plight have gone viral after he was arrested this weekend at Dilworth Plaza.

At the time, Grant said he was misunderstood. He said he doesn't ask for money, but he does accept tips.