WPVI
By Gray Hall
PHILADELPHIA (WPVI) -- The protests that have swept through the country will undoubtedly produce different kinds of artistic accounts. In fact, they already are, and that includes the photography of two local women.

Photographer, Sarah Bloom, joined the protest in our area sparked by the death of George Floyd in Minnesota at the hands of police. Bloom didn't just want to march, she also wanted to document this pivotal time in our history.

"I guess what I want people to see in all the pictures of the people I capture is something that they can connect to because that is what I look for and that is what draws me to shoot. I feel something when I look at that person," said Bloom of Merion Station, Pennsylvania.

It was a picture of a black police officer in front of a burning patrol car that has resonated with Bloom the most. 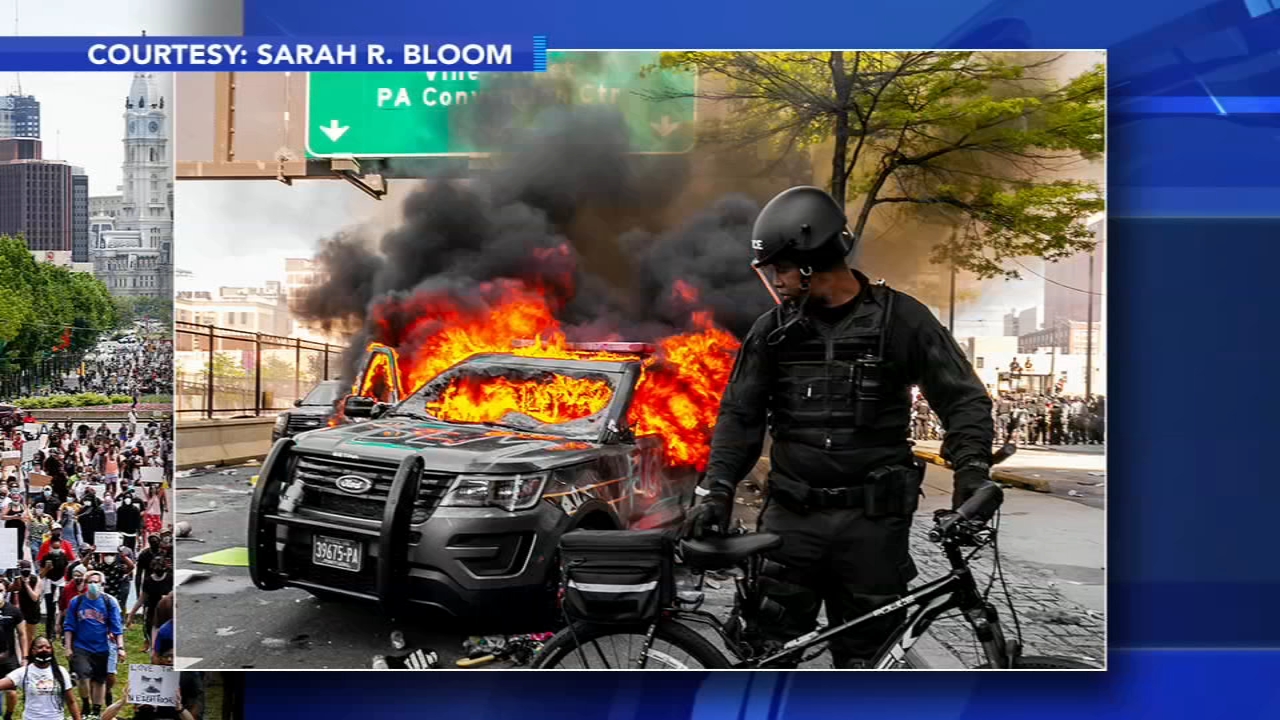 "It was even more powerful because, of course, you have a black police officer, so you are wondering what is going through his mind being at this protest. And he is supposed to stand there and people were being abusive to him verbally," said Bloom.

She hasn't been able to talk to the officer but has heard from his friends.

"I was told that he likes it and they all think it's epic and that he looks like the hero he is and they say he is one of the good ones and they were all really pumped," said Bloom.

Other photographers, like Morgan Smith (Phobymo), have also captured the intensity of this moment in time.

"I wanted to, as a black female photographer, be there to capture that history and to capture those moments because it's important history to be told through the black gaze," said Smith of Center City.

Both photographers say it was important to capture the violent clashes as well as the peaceful demonstrations and both are hoping the end result was not only a great picture but real change.

"Either we will look back at this and say, 'Wow that was effective and it worked' and 'people got out there and had their voice heard.' I am hoping it won't just be a blip in the movement," said Smith.
Report a correction or typo
Related topics:
societyphiladelphiaartprotestsocietygeorge floydphotophotographycommunity
Copyright © 2021 WPVI-TV. All Rights Reserved.
PROTEST