Officials in Berlin unveiled the five news courts on the unit block of South Park Drive on Thursday.

Do you play pickleball? A new court in Camden County is now open so you can join the fastest-growing sport in the country.

BERLIN, New Jersey (WPVI) -- An underused roller hockey rink in Camden County, New Jersey has now been turned into the region's newest pickleball court as the sport continues to grow in popularity across the country.

Pickleball is a combination of tennis, badminton, and ping-pong.

"Good Morning America" reported on the sport last month, calling it the game "sweeping the nation!"

Officials in Berlin unveiled the five news courts on the unit block of South Park Drive on Thursday.

The Camden County Board of Commissioners and the Parks Department worked with the South Jersey Pickleball Association on the $33,000 conversion project.

Work included fencing repairs, the installation of five pickleball net systems, color-coating and striping of the courts and installing signage.

"Pickleball is now the fastest growing sport in the country and now, Camden County is getting in on the action," Commissioner Jeffrey Nash, liaison to the Parks Department, said in a statement. "Whether you're a seasoned player or just trying something new, these courts are for everyone to enjoy."

Charity, a South African former tennis player based in Charlottesville, Virginia, who is ranked 16th in the world, told ESPN: "I like to say that pickleball is like ping pong on steroids. Imagine standing on a life-sized pingpong table. That's what it feels like."

ESPN went into more detail, saying Pickleball "is played on a tiny court with little racquets called paddles, with a very light ball that looks like a large lump of Swiss cheese."

While the average age of the nearly four million pickleball players in the U.S. is 43.5, Charity said it's for anyone who feels like playing it.

This includes former Philadelphia Eagles quarterback and Super Bowl MVP Nick Foles, who told Esquire Magazine a few years ago it was part of his off-season training.

"I started playing pickleball shortly after retiring," Utley, 43, told Parade Magazine. "I now play at least once a week. The sport checks off all the boxes for me: hand-eye coordination, strategy and competition. Pickleball doesn't discriminate; anyone can play regardless of age or skill set. I play with my kids, who are obsessed, my wife, who is a killer, and my buddies, who are keeping their pro dreams alive. Pickleball is here to stay and I highly suggest giving it a try."

But how do you play? If you want to know all the rules to the game, the World Pickleball Federation has a guide and USA Pickleball has how-to videos! 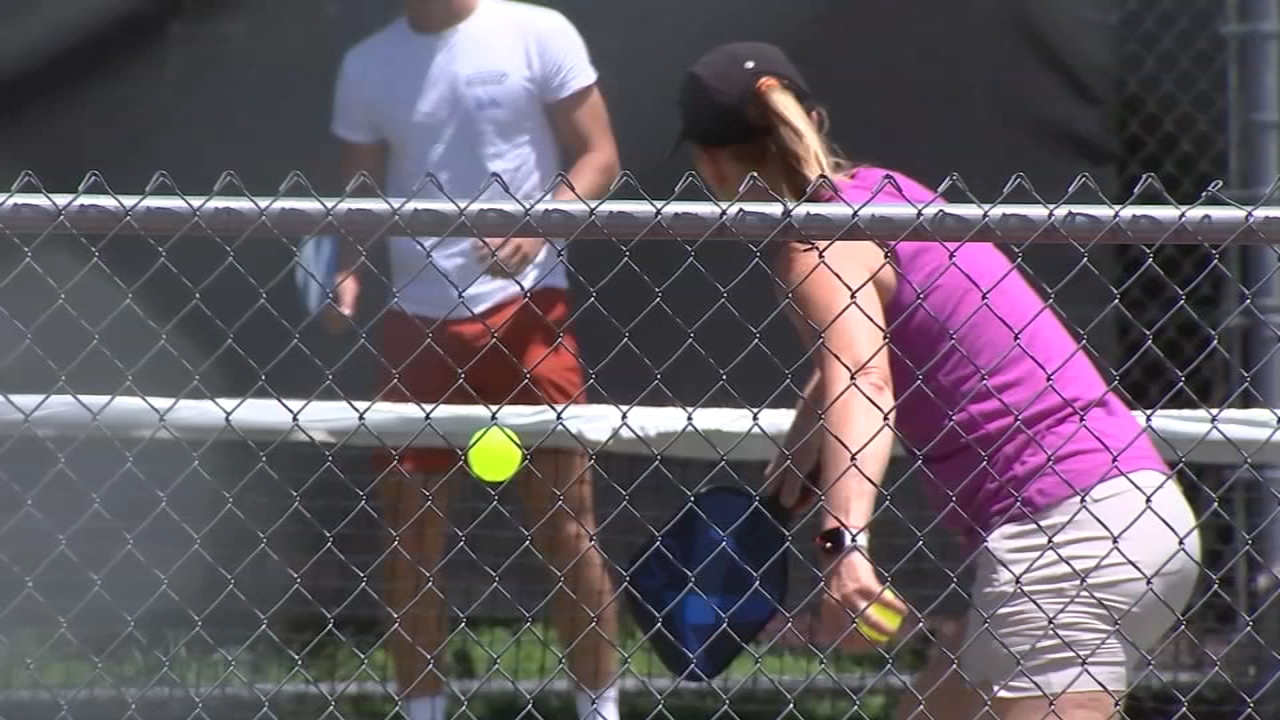 Neighbors tired of pickleball noise: 'It's as loud as a rock concert'