Boy, 4, dies after being impaled by glass from a picture frame, police say 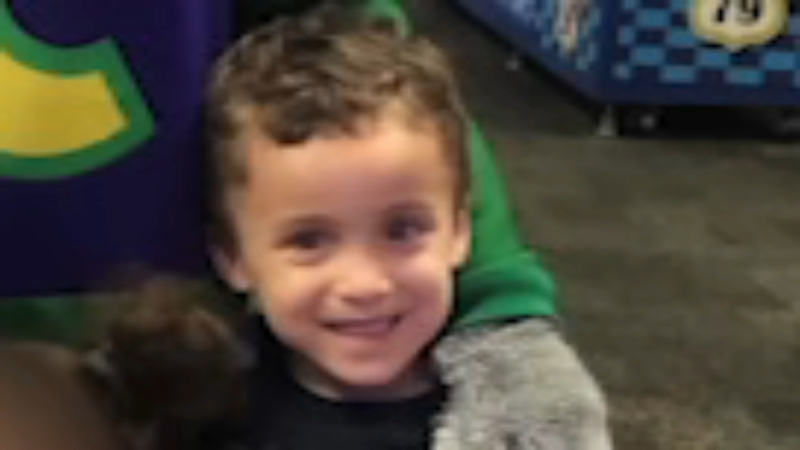 Police: Boy, 4, dies after being impaled by piece of glass

PHILADELPHIA (WPVI) -- According to police, a four-year-old boy was killed when he was impaled by a piece of glass in his North Philadelphia home Wednesday night.

Police have identified that victim as Adrian Ortega.

Neighbors on the 3200 block of North Reese Street were in a state of shock over the death of one of the three children whose mother they identify as Amanda Velez.

HEARTBREAKING: At noon, we hear from Amanda Velez. She talked to @6abc about her 4 y/o son, Adrian Ortega, who died last night after falling on a piece of glass. pic.twitter.com/mKWEFpCzsh

"As soon as people heard, people were crying. It was just instant," said neighbor Edward Rodriguez.

Action News spoke with the victim's mother on Thursday morning.

"My baby he was so full of joy. His sisters miss him," said Amanda Velez.

Velez was overcome with unimaginable grief as she recounted the gut-wrenching final moments of her 4-year-old son's life. A boy who just 24 hours ago was alive and well.

"I carried my son. I birthed him. I was with him," she said.

She, her son Adrian Ortega and his two sisters, ages 2 and 5 years old, were home Wednesday evening when Velez says she heard glass shatter and her son yell out for her.

She told police that a glass picture frame fell, impaling the boy in the stomach. He was bleeding profusely.

"When I went to lay him down his eyes started rolling behind his head," Velez said.

Velez says it was a freak accident. She was interviewed by police. No charges have been filed.

But while authorities work to find answers in their ongoing investigation, Velez says none can help a young child comprehend a loss of this magnitude.

His sister is asking why she is not going to have a brother anymore.

Velez says doctors weren't able to tell her what caused her son's death because they were never able to operate on him.

An autopsy will be performed and will hopefully provide some answers.

Meanwhile, neighbors were trying to comprehend how such a tragedy could happen while children were playing inside their home.

"It's just a shame because they are so well loved, so well loved that it's a complete shock," said Rodriguez. "When it happened, it just went up and down the neighborhood like lightning."