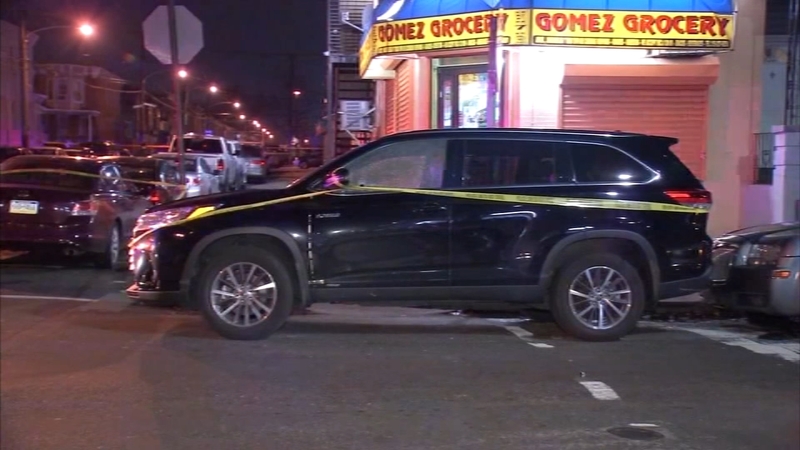 PHILADELPHIA (WPVI) -- Philadelphia police have identified three victims who were shot and killed during a violent New Year's Day across the city.

Police say an argument led to a shooting in the Frankford section that left two men dead and a woman wounded.

Javon Cooper, 24, and Malik Milburn, 27, both suffered two gunshot wounds to the chest. Both were rushed to the hospital but were later pronounced dead.

A woman, 32, was shot in the arm and hand and is hospitalized in stable condition.

In West Philadelphia, police were called to the area of 59th and Arch streets shortly before noon for a report of shots fired.

Police found a gunshot victim, identified as 41-year-old Eric Miller, about a block away on Hobart Street. He had gunshot wounds to the chest and back.

Miller was taken to Penn Presbyterian Medical Center where he was pronounced dead a short time later.

Another shooting sent two men to the hospital, and police say one of those victims - who was shot in both the leg and just above the eye - is not likely to survive.

It happened around 7 p.m. Wednesday in the 2200 block of Cleveland Street. Police say someone unleashed a barrage of bullets - roughly 18 in all.

The other victim was shot just below his waist. A SEPTA police officer found him running near Ridge Avenue and took him to the hospital.

The motive for the shooting is unclear, but police say the corner is known for drug sales. Investigators say the shooting was captured on surveillance video.

Residents in Philadelphia are admittedly disappointed and heartbroken to hear that not even a full day into the New Year and the city is already dealing with three homicides in 2020.

"It is sad. Somebody is dying every day and around here it is real common. I hear it all the time and I just count my people in the house and I am good to go," said Tina West of West Philadelphia

When she was introduced by the mayor earlier this week, the city's newly appointed police commissioner, Danielle Outlaw, promised to be tough on gun violence.

"I will work relentlessly to reduce crime in Philadelphia, particularly, the insidious gun violence that plagues too many of our communities," Outlaw said.
She admitted reducing violence is a process and takes a community effort.

"I ask each of you for more than your support, I ask for your help. Your thoughts, your wisdom and your ideas," said Outlaw.

Residents say they'll support the new commissioner but admit she will have a tough job.

"It's not going to be easy, it's not. It's not and I am praying that she will be able to have the strength and the know-how to get things done," said Gordon.