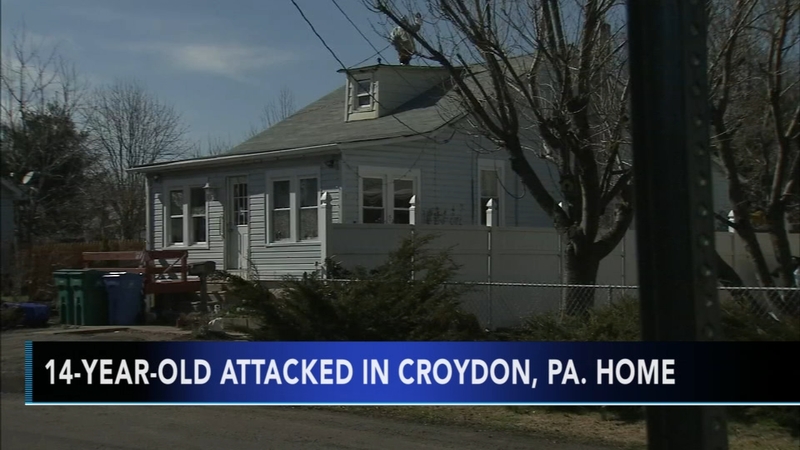 CROYDON, Pa. (WPVI) -- Police in Bucks County are investigating what they are describing as a "vicious assault" that left a 14-year-old girl in extremely critical condition.

Bristol Township police are asking for the public's help.

Police say the parents of the victim arrived home late Friday night to their house on the 400 block of Sycamore Avenue in Croydon and found their daughter brutally assaulted.

She had been shot and stabbed.

They called 911 and the girl was taken to St. Christopher's Hospital for Children in critical condition.

Police say a 19-year-old nephew, the victim's cousin, was missing from the home when the parents arrived. He was later found on State Road in Bensalem with a self-inflicted gunshot wound to the throat.

Police say he is currently in stable condition and being guarded by police at Jefferson University Hospital.

Neighbors who live on Sycamore Avenue were shocked when they learned what happened.

"Devastated really. I didn't know them that well but it's very devastating. I feel very sorry for the family to go through this," said Wilma Minnichbach of Bristol Township.

Several other neighbors we spoke to say it's usually a very quiet block.

Police are asking the public for surveillance video from that neighborhood. They're hoping for footage showing a white male, around 5'7 and 150 pounds walking towards State Road between 6:30 p.m. and 7 p.m.

Anyone with information is asked to contact the Bristol Township Police Department at (215) 785-4040.