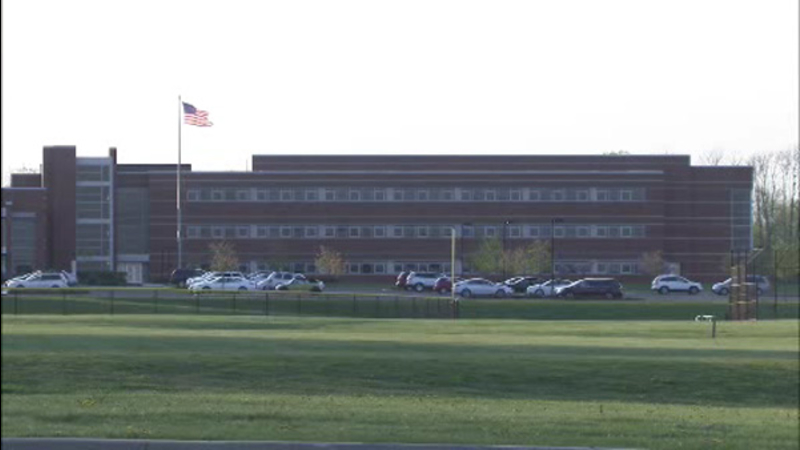 Officials say a note was found that said there was a bomb on the second floor.

Students were taken to the school's stadium and then dismissed.

Police K-9 units were called in to search the school.

About two hours into the search, two dogs got a hit on a locker.

The bomb squad was sent in, but found no explosive device.

"There may have been something in that locker the dogs are trained, as a component of a bomb, to hit on and that's probably what happened," Franconia Detective Sgt. George Moyer said.

All afterschool activities have been cancelled.