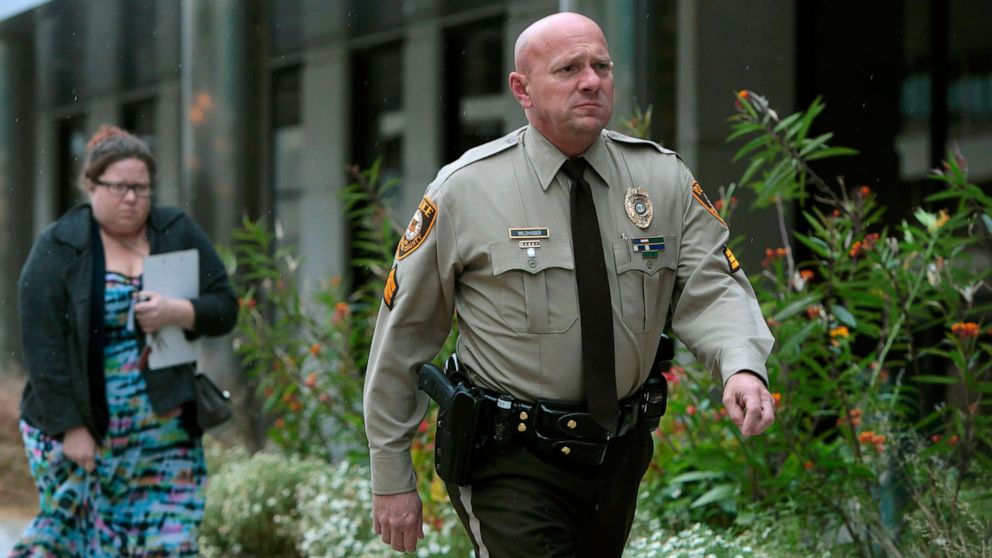 A gay Missouri police officer who won a "historic" $20 million judgment in a sexual orientation discrimination lawsuit alleging he was told to "tone down your gayness" by a police commission board member has reached a settlement with St. Louis County for half the amount a jury awarded him.

Page said the county plans to sell bonds to cover the $10.25 million settlement it hammered out with Wildhaber and his attorneys.

According to the settlement papers filed Tuesday morning in a St. Louis County court, Wildhaber is to receive a little more than $6.4 million and his attorneys will get about $3.8 million.

Page said he hopes the county will recoup most of the settlement money through insurance.

"This lawsuit acknowledges what Lt. Wildhaber survived in the police department and lets us move forward as a county," Page said.

The county must pay Wildhaber and his attorneys $7 million within 60 days and the remainder of the settlement by Jan. 31, 2021, according to the settlement papers.

Prior to going to trial last year, Wildhaber and his lawyers offered to settle the case for $850,000 plus an immediate promotion of Wildhaber to lieutenant, according to a timeline of the case released by Page's office. Steve Stenger, the previous St. Louis County Executive, ignored the offer, according to the timeline.

Stenger was later indicted on federal charges in a pay-for-play scandal. He pleaded guilty in August to charges of bribery, mail fraud and depriving citizens of honest services of a public official and sentenced to 46 months in prison.

Wildhaber claimed in his suit that while conducting a security check in 2014 on a restaurant owned by John Saracino, then a member of the St. Louis County Board of Police Commissioners, he was allegedly told by Saracino that the police command staff "has a problem with your sexuality." Wildhaber claims Saracino went on to offer him advice on how to achieve his goal of getting promoted.

Wildhaber claimed that Saracino allegedly told him that if he wanted to get promoted, "you should tone down your gayness," states the lawsuit, filed in January 2017.

Saracino, who is no longer on the board, denied ever saying such a thing to Wildhaber.

Wildhaber claimed he was passed over multiple times for promotion despite having "a clean disciplinary history, excellent performance reviews, and a strong resume for being promoted," according to the suit.

The suit alleged that Wildhaber's superiors, namely Chief Belmar, refused to promote him "because he does not conform to the County's gender-based norms, expectations, and/or preferences."

Belmar announced on Monday that he plans to retire in April, ending a 6-year tenure as chief and a 34-year career with the St. Louis County Police Department.

"It has been an honor to work with and for the women and men of the St. Louis County Police Department," Belmar said in a statement. "The dedication, sacrifice, and bravery of those that work for this department is unmatched. The citizens and businesses of St. Louis County deserve nothing but the best, and I firmly believe they receive that from us every day."

Page said the chief's retirement announcement had nothing to do with the Wildhaber discrimination case.

"The chief had confided in me even before I became county executive that he would consider retiring in 2020. So I think this has always been in his mind," said Page, who was elected County Executive in April 2019.
Report a correction or typo
Related topics:
abc newsnational
Copyright © 2020 ABC News Internet Ventures.
More Videos
From CNN Newsource affiliates
TOP STORIES