PHILADELPHIA (WPVI) -- A fight at a basketball game may have fueled a deadly shooting outside a North Philadelphia rec center that claimed the life of a 17-year-old boy.

Police have now released surveillance video of three other people who they want to talk to in connection with the shooting.

The video shows a gun lying on the ground near where the Quasier Burley collapsed.

Detectives want to talk to the three unidentified young men who picked up the firearm and fled.

Burley had been shot near a basketball game.

"I think the victim was watching," said Police Commissioner Richard Ross. "There is an argument between him and one of the players. From what we can gather, one of the players had a gun and that's who actually fires the weapon."

Community organizer Terry Starks says he knew Quasier Burley since he was 5 or 6 years old.

Starks mentors young people trying to steer them away from violence.

He has been recognized for his efforts to teach job readiness skills and using sports. Burley was a member of a community basketball team that Starks coaches.

"We took them around the city. We played other neighborhoods for peace. When you're good at basketball, you want to keep going," Starks said.

With no organized game scheduled for Wednesday night, Starks thinks Burley and a friend found a pickup game.

"It was just a heated basketball game, that's what I'm hearing. The fact these kids have so much aggression, sometimes games go too far," Starks said.

Police believe after the game was over, residual anger fueled someone to shoot Burley outside the Cambria Rec Center along the 2900 block of North 12th Street around 8 p.m.
He was rushed to Temple University Hospital where he later died.

Police say there were about 15 to 20 people in the area at the time of the shooting. 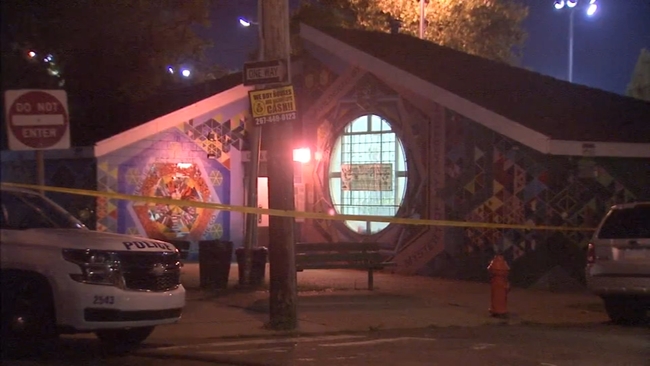