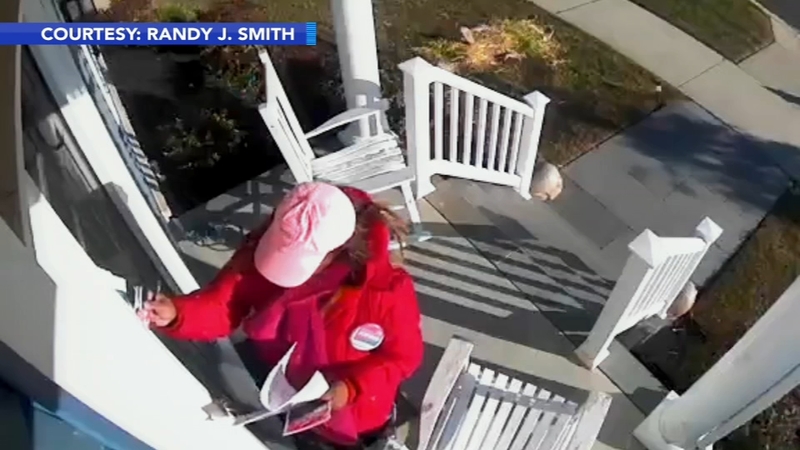 MIDDLETOWN, Del. (WPVI) -- A candidate for Delaware state representative is apologizing for getting caught on a security camera removing the flyer of her opponent.

No one answers so he leaves his flyer.

Instead of just leaving her flyer as well, she removes Hensley's and replaces it with hers.

"It's discouraging. I pride myself on running positive campaigns, have ever since I've been elected to serve the people of the 9th district. It was just disappointing to see," Hensley said.

The Delaware Democratic Party called out Johns, their own candidate, and rejected her tactics.

In a Facebook post Monday night, Johns admitted to the flyer theft, saying, "It was wrong and I should never have done it. This was a lapse of judgment that I humbly regret. Please forgive me. I won't make any excuses for this action. I have apologized to my opponent, my supporters, and now I apologize to the voters of the 9th Representative District."