Gingrich: Madonna should be arrested for White House remark 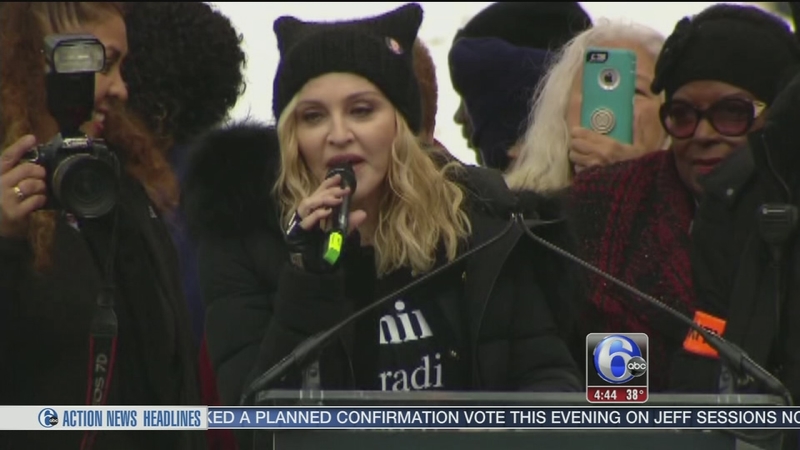 WASHINGTON -- Former Republican House Speaker Newt Gingrich says Madonna "ought to be arrested" for telling the crowd at the women's rights march in Washington that she's "thought an awful lot about blowing up the White House."

During an interview on "Fox & Friends" on Monday, Gingrich said Madonna is part of "an emerging left-wing fascism."

In a statement Sunday on Instagram, Madonna said she was trying to express there are two ways to respond to Donald Trump's election: with hope or with outrage. She said she hopes to effect change "with love."

Gingrich says Madonna changed her tune because "she now understands she's at risk."