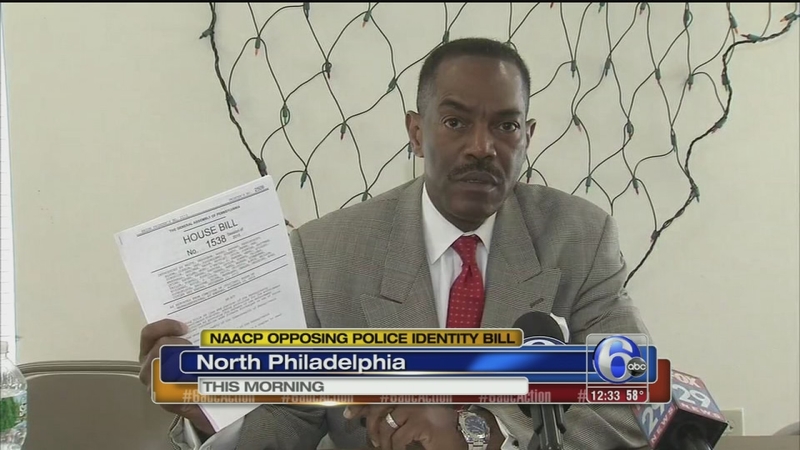 HARRISBURG, Pa. (WPVI) -- The Philadelphia branch of the NAACP is opposing legislation in Harrisburg that would protect the identity of police officers involved in shootings.

If passed, Pa. House Bill 1538 would keep an officer's name from being released unless criminal charges are filed against that officer.

Minister Rodney Muhammad, President of the Philadelphia chapter of the NAACP, said passing the bill into law would be a mistake, because it would end transparency and hamper efforts to ensure good policing.

Earlier this year, Philadelphia Police Commissioner Charles Ramsey introduced a policy requiring names of officers involved in shootings to be released within 72 hours of the incident.