Robert Trump, 72, the president's youngest brother, was described as "very ill," according to sources.

Further details were not known, but he was said to be in critical condition at New York Presbyterian/Weill Cornell Medical Center on the Upper East Side.

Trump is visiting his brother, one of his four siblings, after flying to New Jersey and then taking a helicopter into Manhattan.

"I am going to the hospital," Trump said as he landed in New Jersey. "I hope he's OK."

The White House did not immediately release details about why Robert Trump had been hospitalized, but officials said that he was seriously ill.

Robert Trump reportedly spent a week in the intensive care unit at nearby Mount Sinai Hospital in June.

President Trump is scheduled to visit his nearby country club in Bedminster, New Jersey, on Friday night to deliver remarks to the City of New York Police Benevolent Association.

Robert Trump had previously worked for his older brother at the Trump Organization and recently filed a lawsuit on behalf of the Trump family seeking to stop publication of a tell-all book by the president's niece Mary titled "Too Much and Never Enough."

Immigrants died in US custody after poor care, investigation finds 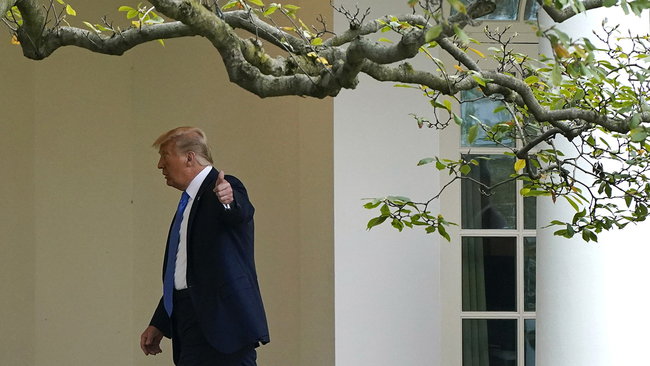 Despite Trump attacks, both parties vow peaceful transfer of power