Residents are watching the Bucks County battle for the House 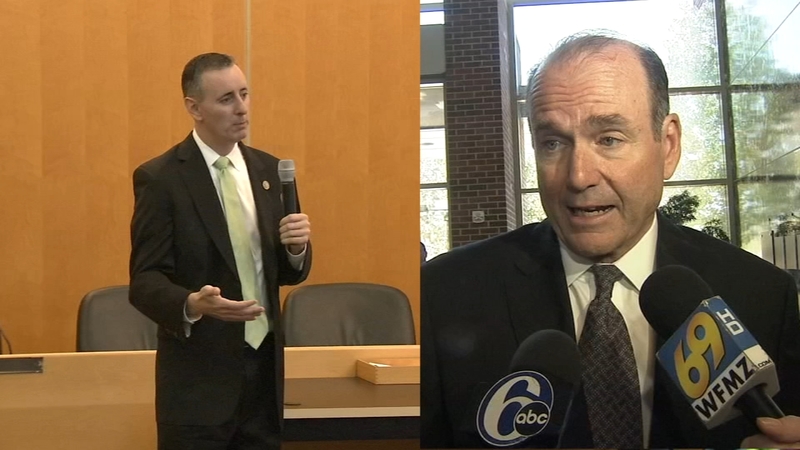 Residents are watching the Bucks Co.battle for the House

This congressional district is up for grabs, and that means it's been months of flying accusations and smear campaigns on both sides.

Voter Mori Morris said, "It's all ugly, it's all been ugly."

John Simila of Warminster said the statewide races for Governor Tom Wolf and Senator Bob Casey have been overshadowed.

"You haven't really seen any of the governorship, or the Senate. You almost forget that Casey and Wolf are up for re-election, but this congressional race is really ugly," Simila said.

Fitzpatrick is trying to hold onto his congressional seat, while Wallace is trying to convince Bucks County that he's their guy.

"I'm kind of undecided for the congressional race because of all of the negativity surrounding both," said Simila.

Volunteers at the Bucks County Republican Committee's phone bank have been hard at work reminding voters to cast a ballot. While Democrat volunteers picked signs and information about their posts at polling places ahead of Tuesday's midterms.

We asked voters if they felt the ads have left them even more confused. Bell said, "Yes, they have, to be honest, a lot of the candidates I've never heard of."

But it's the ugliness of the ads that voters say is making them disenchanted with the race altogether.

Joshua Noriega of Warrington said, "We're trying to raise our kids to handle things differently, to not slander someone's name. So when you hear both parties doing it, how can you trust either one of them? At that point, if you just stick to the facts then more people will be interested to vote."