When the gavel strikes at the start of the House hearing Wednesday morning, America and the rest of the world will have the chance to see and hear for themselves for the first time about President Donald Trump's actions toward Ukraine and consider whether they are, in fact, impeachable offenses.

Impeachment is a political process in which any civil officer, including a president and vice president, can be removed from office "for, and conviction of, treason, bribery, or other high crimes and misdemeanors," according to the Article II, Section 4 of the U.S. Constitution.

New York-based criminal defense lawyer Ronald Kuby told ABC News in a 2017 interview that there is no definition of "high crimes and misdemeanors," but rather "it's whatever Congress thinks it should."

The process begins in the U.S. House of Representatives, where any member of the House may make a suggestion to launch an impeachment proceeding. It is then up to the speaker of the House, as leader of the majority party, to determine whether or not to proceed with an inquiry into the alleged wrongdoing.

"The critical determination comes to the speaker about whether or not to forward it," Michael Gerhardt, a constitutional law professor at the University of North Carolina who authored a book on the impeachment process, told ABC News in 2017.

If there is a decision to proceed, the speaker would decide if the House Judiciary Committee handles the impeachment inquiry, or if a separate special committee is formed.

The special committee would be empowered to broaden the focus of the inquiry -- or investigation.

If the speaker assigns the House Judiciary Committee to investigate, there is no time limit placed on their investigation and a likely public hearing would be scheduled at the discretion of the committee chair to vote on the articles of impeachment.

A simple majority of the members of the committee would have to vote in favor of approving an article or articles of impeachment in order to proceed to a vote by the full House. The House Judiciary Committee currently consists of 24 Democrats and 17 Republicans; 21 votes in favor would be necessary.

Each article of impeachment that is passed by a simple majority vote in committee would then be voted on by the full House of Representatives. If any of those articles gets a simple majority vote, which is 50 percent plus one more vote, "the House will have impeached the president," Gerhardt said.

If the House votes to impeach an official, the case must then be presented to the Senate, which will hold a trial. The Senate needs a two-thirds majority to find the official guilty and remove him or her from office.

Suzanna Sherry, a law professor at Vanderbilt University who specializes in constitutional law, said of what the Senate conviction can actually do in terms of punishment, "The worst that can happen is that he is removed from office, that's the sole punishment."

That said, a president can face later criminal charges. Sherry points to the constitutional note that "the party convicted shall nevertheless be liable and subject to indictment, trial, judgment and punishment, according to law."

One important factor to keep in mind about the outcomes of a Senate impeachment trial is that neither of the previous such trials has ever reached a conviction -- they both ended in acquittals -- so there is no precedent where the vice president or anyone else in the line of succession has taken over. 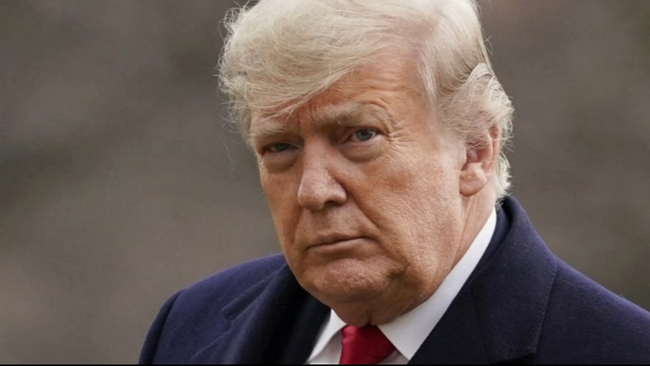