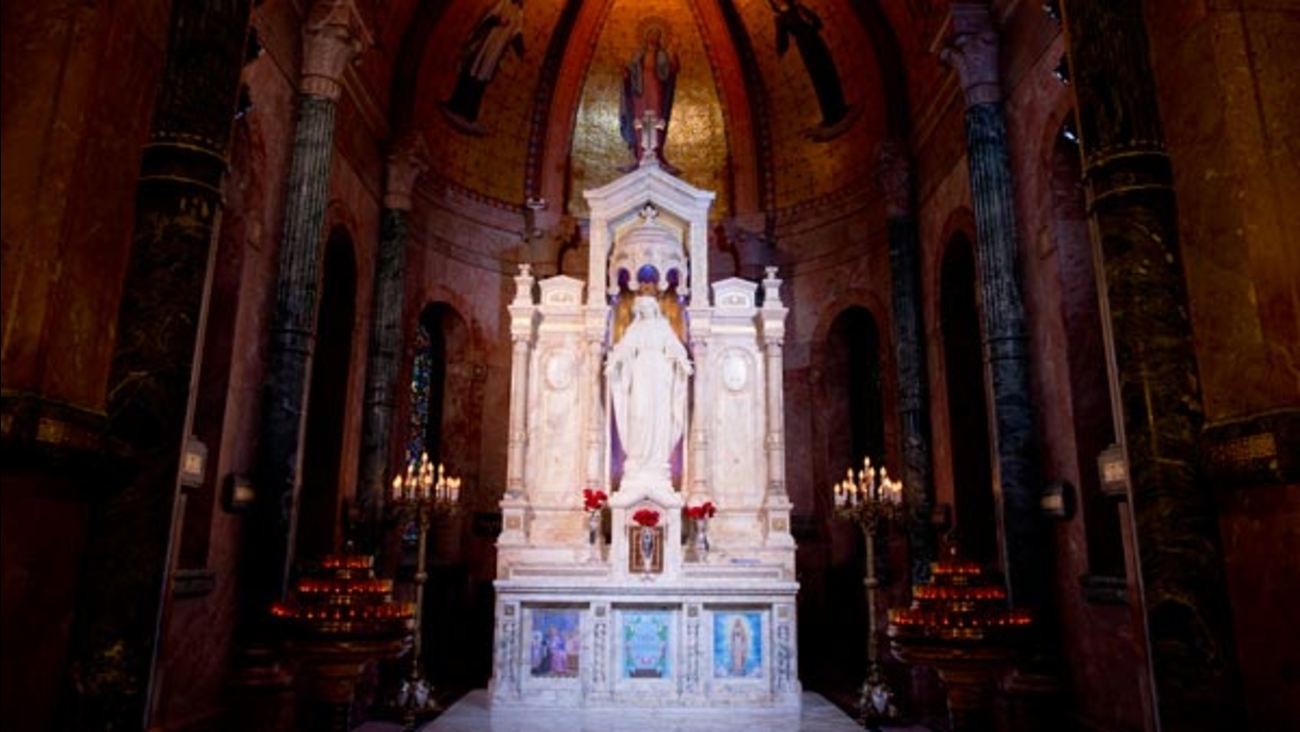 PHILADELPHIA -- Four Roman Catholic shrines, including one featuring the glass-enclosed body of a saint wearing his bishop's vestments and a wax mask so lifelike he appears ready to share a blessing, have joined forces to market themselves to the million-plus visitors expected in Philadelphia to see Pope Francis.