Daughter of prankster dad in NJ finally gets revenge through 6abc 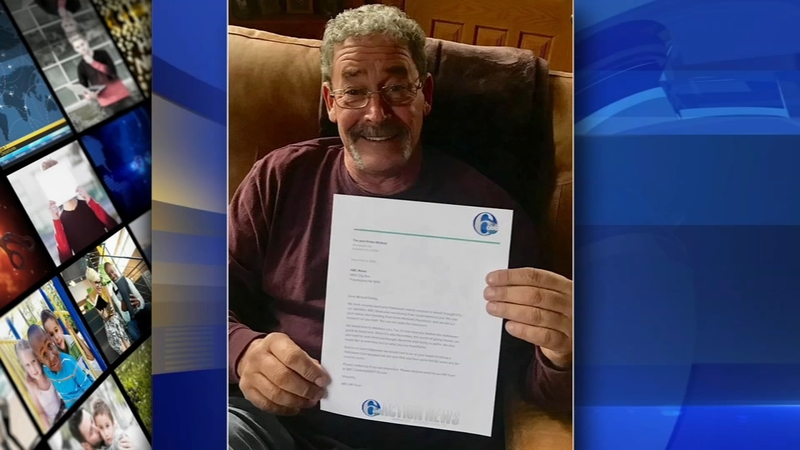 Daughter of prankster dad in NJ finally gets revenge through 6abc

AUDUBON, N.J. (WPVI) -- For the past few years on Halloween, Tim McGrail from Audubon has been pulling a little prank on the kids.

This year, when they came trick-or-treating he gave each kid one single strand of spaghetti, right out of the box.

But he lets them know it's a joke and brings them back for real candy.

He's always highly amused by his little prank. He even thinks he's a viral star from videos taken of his shenanigans.

Now, to prank the prankster, his daughter Krista created a note, seemingly on 6abc letterhead, and she gave it to her dad.

The letter says "We saw your videos trending. You two are quite the characters."

But the contact email on the letter says abc.celebrity@GOTYA.com.

He even texted family, joking that he's famous and he hopes he doesn't get sunburn from all the flashes.

Here's the deal: He figured out it was a hoax.

What he doesn't know is that here we are -- for real -- talking about his funny Halloween pranks.

So, Tim, we know you aren't doing it for the fame, and now people far past South Jersey have seen your videos.