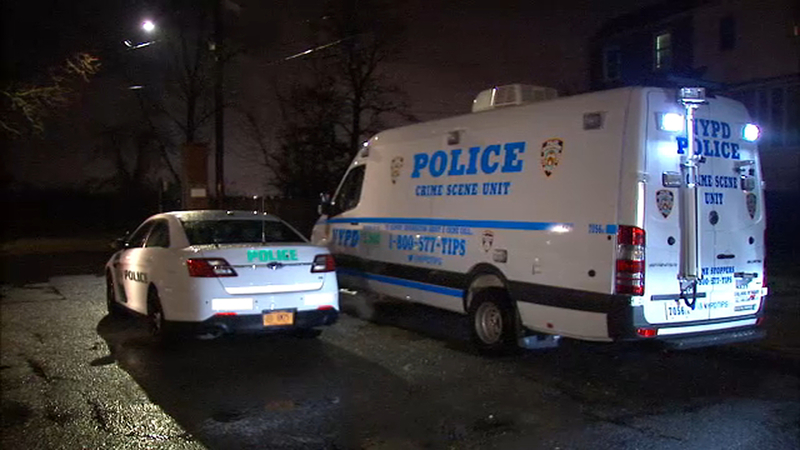 NEW YORK CITY -- A 13-year-old girl and a 15-year-old boy are among five suspects charged in the murder of a man in New York City.

Ian Cruz, 23, was found dead inside Bayswater Point State Park in Queens on Dec. 15. Officials say Cruz was wearing only underwear and socks when his body was found.

Police also arrested 18-year-old Elmer Guttierez, 22-year-old Yonathan Sanchez, and 18-year-old Carlos Guerra. They were all charged with Criminal Possession of a Weapon.

Cruz was shot multiple times in the head, court documents reveal. The arrests were made in a shared bedroom in Far Rockaway, where a .22 caliber revolver and more than 900 live rounds of ammunition were recovered.

Police say surveillance video at the crime scene connected the suspects to the killing.
Guttierez is being held on $500,000 bail. The others are being held without bail.

Police are investigating whether the murder is gang-related. Investigators say it has the hallmarks of an MS-13 style killing.