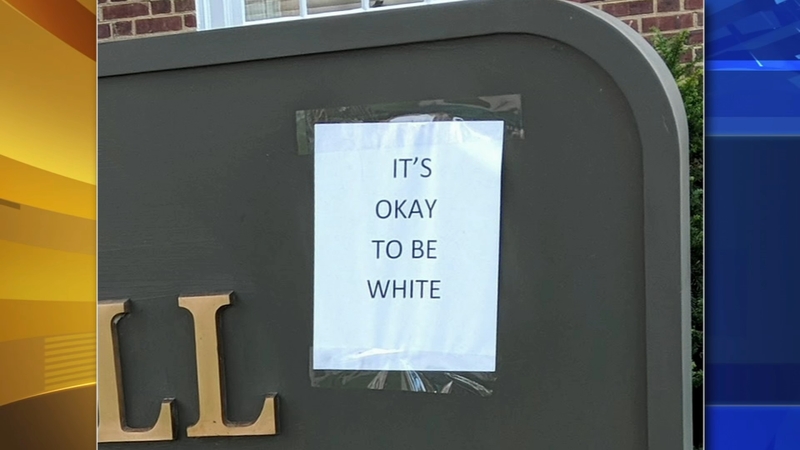 NEWARK, Del. (WPVI) -- The University of Delaware has removed several posters believed to be part of a white nationalist campaign to spread hate and racial animosity.

The signs, which read "It's okay to be white," were found in various locations on campus Thursday.

School officials say the posters were meant to pit people, on various points of the political spectrum against one another, by suggesting anti-white bias.

They went on to say UD welcomes people of all backgrounds, races, and religions.