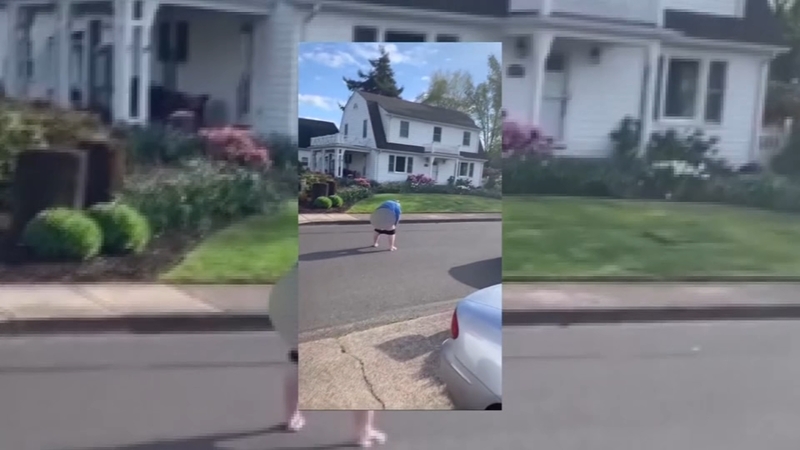 SPRINGFIELD, Ore. -- A black family in Oregon says their Easter was ruined after they were racially targeted by a couple in an incident captured on cell phone video.

The video appears to show a white woman, later identified by police as Jessica Hollinger, using racial slurs while yelling at members of the Matthews family. Later in the video, she pulls down her pants in the middle of the street, which led to the Matthews calling police.

"I said, 'There's kids around. This is totally inappropriate,'" Rashonda Matthews told KEZI, via CNN. "She approached me in my face and started saying (racial slurs) multiple times."

"We were kinda like what the heck? Like trying to tell them to stop and as soon as I pulled out my phone cause it was pretty funny and kinda crazy, she said she was going to call the cops on me," said Rahtavian Matthews.