Pope to receive gift from prisoners at Philly prison 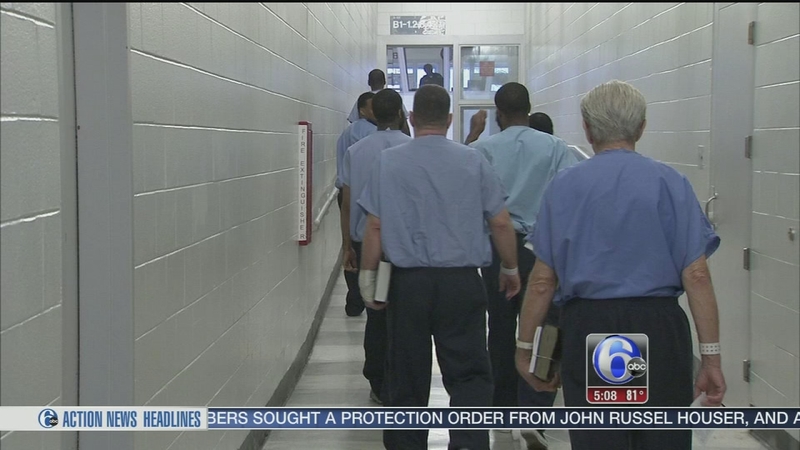 HOLMESBURG (WPVI) -- When Pope Francis visits Philadelphia in September his trip will take him to the Curran-Fromhold Correctional Center in Northeast Philadelphia, where he'll visit with inmates.

He'll also get a special token of appreciation built by the inmates themselves.

Warden Michele Marrell explains, "When he comes in he'll be meeting with some of the inmates that are selected, some of their families, and also eventually some of the staff.

While a crowd of tens of thousands will pack the parkway for mass, a hand-selected small group will get to meet the pope just hours before, up close and personal.

The Vatican made a special request to allow the chosen inmates to bring their families as well.

The inmates here are mostly pretrial. The majority have not yet been sentenced.

Commissioner of Prisons Lou Giorla tells us, "Anything we can do to reunite the families to encourage contact, to help generate support, we do."

The inmates have planned a special gift for the pope. When Archbishop Charles Chaput visited, the inmates who are learning trade skills as part of the Philacor program, made him a chair.

Jarvis Sanders from Philacor says, "When we heard the pope was coming we said, let's do the same for him. So, these guys are excited about it."

Commissioner Giorla says, "We want something that befits his position, but is not too ornate."

The design for the chair is apparently top secret. But it will be built here by the inmates as a token of their appreciation.

Sanders says, "It will be built from scratch from the frame itself. So it will be custom made for the pope, step-by-step the old fashioned way."