Police say Richard Lawrence was arrested while fleeing the scene of a bank robbery in Cheltenham Township.
WPVI
By 6abc Digital Staff 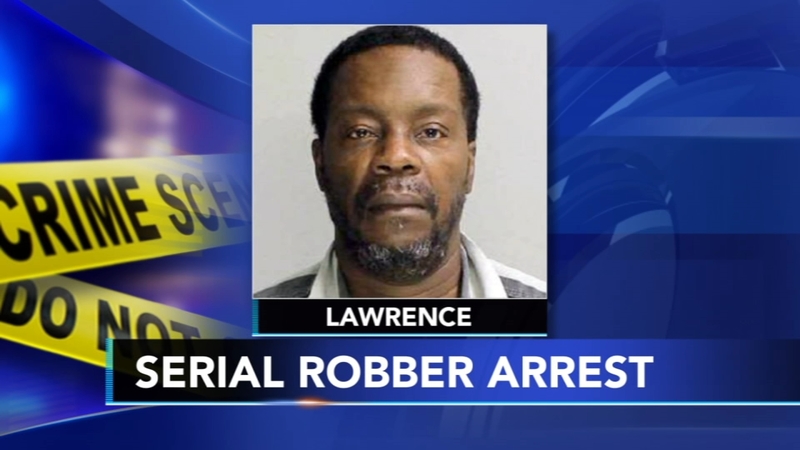 PHILADELPHIA (WPVI) -- A suspect linked to five robberies in Philadelphia and Montgomery County is now in police custody.

Richard Lawrence, 56, of Philadelphia, is charged with five counts of robbery and related offenses, according to authorities.

Police say he was arrested while fleeing the scene of a bank robbery in Cheltenham Township on April 9 and was charged on April 19 in connection with multiple other crimes.

Police said in many of the robberies, he threatened employees with a box cutter or implied that he had a weapon and demanded money from the safe.