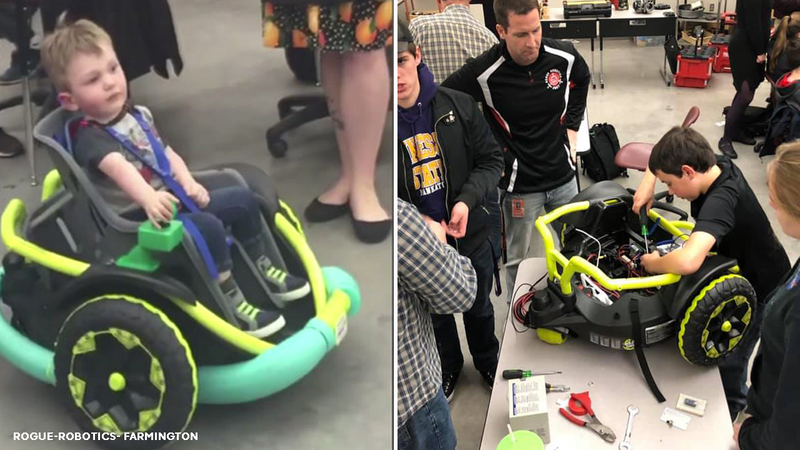 Cillian Jackson has a genetic condition with symptoms that are similar to cerebral palsy, making it difficult for him to walk.

His father told CNN they were initially referred to a program called Go Baby Go, which provides modified toy cars to young children with disabilities so they can move around independently and have the opportunity to socialize with their peers.

But when Cillian's parents realized there wasn't a chapter near their home, Rogue Robotics, Farmington High School's robotics team, swooped in to help.

Cillian's father reached out to the team, who was more than willing to take on the project, after insurance wouldn't cover it.

The team got to work, modifying a Power Wheels toy car provided by Cillian's parents.

On top of that, the team replaced the toy's electrical components, mounted a seat from a bicycle carrier and designed a joystick with a 3D printer.

"Rogue was very thankful to be given the opportunity by Go Baby Go to not only change a child's life, but be able to work with Cillian and his family to change the lives of our students and mentors. This season was one of our best yet and we are so proud to say our team is MORE than just building a robot!" Rogue wrote on Facebook.

Now Cillian is on the move and all smiles.