Should speed cameras be installed on Roosevelt Boulevard? 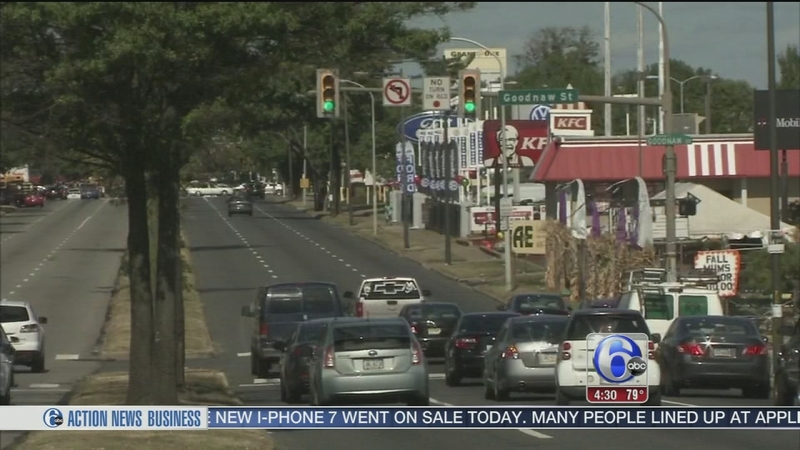 PHILADELPHIA (WPVI) -- Speed cameras could one day be installed along one of Philadelphia's busiest - and deadliest - roads.

State lawmakers are considering a bill to OK the cameras along the Roosevelt Boulevard.

"My niece, she and her three children were killed on Roosevelt Boulevard on July 16, 2013," said Latanya Byrd.

Latanya Byrd says she lost four family members along Roosevelt Boulevard in Northeast Philadelphia. She is just one of the many supporters pushing for speed cameras to be added along the dangerous stretch of highway.

"The speed cameras will help. And just hold everyone accountable. Not just with tickets, but also with education," said Byrd.

For many it's a no-brainer. They say the speed cameras would reduce speeding, traffic accidents, and ultimately fatalities along the most dangerous road in the state.

"It has been dangerous for years. I'm 54, lived here all my life, up until about 10 or 12 years ago, and Roosevelt Boulevard has always been the worst highway in Philadelphia," said Lisa McLaughlin of Bucks County.

The statistics are alarming for the 12-lane road. Seventy-five percent of accidents along Roosevelt Boulevard result in an injury, and 12 percent of people who die in a crash in the city die on the Boulevard.

"It certainly won't hurt, and if it is going to help that one person and save one life, then it is worth it," said Donna Rinis of Northeast Philadelphia.

On Friday, leaders with the Pennsylvania Transportation committee listened to testimony from the public on legislation for a five-year pilot program that would install the speed cameras.

If approved, there would be signs warning drivers about the cameras, tickets will be issued for those going at least 11 miles over the posted 45 speed limit, and violators will be slapped with a $150 fine.

While many think the idea will be a life changer, others are not so confident in the cameras.