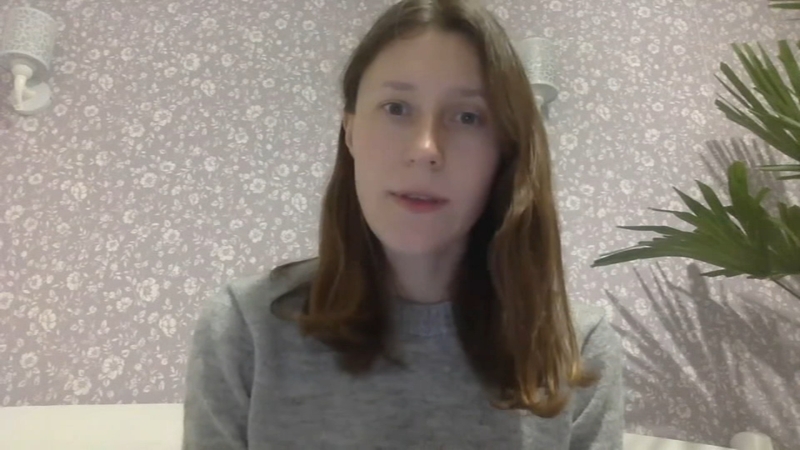 PHILADELPHIA (WPVI) -- As Russian troops attacked Ukraine on Thursday, Action News was in communication with a Lehigh University graduate from Mariupol, Ukraine.

Mariupol is 20 miles from the occupied zone of Donetsk.

We initially interviewed Alina Beskrovna on Wednesday just before Ukraine was attacked from the north, east and south.

Even before Russia attacked, Vladimir Putin had recognized Donetsk as "independent" and Russian troops had already moved in.

I’ve been emailing this AM with Lehigh grad, Alina Beskrovna from Mariupol, Ukraine. ⁦@jillianmele⁩ interviewed her yesterday before attack. Alina told me today that heavy shelling began early morning, and she is now sheltering in a basement. pic.twitter.com/LyXASrM0l8

Beskrovna wrote, "Russia hitting strategic objects and residential areas. Sheltering at a basement. Will keep you posted as long as possible."

In another email she wrote, "Unmarked soldiers entered school #67. Kicked all the staff out and are taking over the school."

Prior to the attack, she spoke of the rising tensions in Ukraine.

"The tension is in the air. You can feel the anxiety. My city was actually shelled by the Russians in January 2015, only the outskirts - the eastern part, but everybody can remember what it was like. We can hear the shelling at night," Beskrovna told Action News' Jillian Mele on Wednesday.

To address the crisis at its border after publicly downplaying warnings, Ukraine on Wednesday took steps to brace for a possible Russian invasion.

"They target Ukrainian intellectuals and activists, and by target I mean torture and kill them. They know who has been active. They keep lists. Wherever Russia comes, there's no life anymore."

For the last three weeks, Beskrovna says she has used her American education to help interpret and translate for journalists on the frontlines.