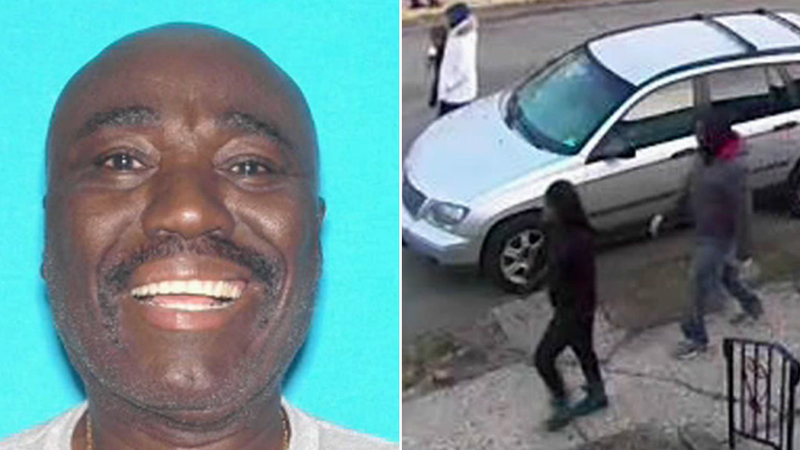 IRVINGTON, New Jersey (WPVI) -- The daughter of a man who was chased down by a group of teenagers before he was brutally attacked and later died is demanding justice for her father.

Samuel Gbotoe, a 63-year-old security guard at Newark Airport, was walking home from work on March 13 when he was attacked on Isabella Avenue and University Place.

His daughter, who did not want to be identified, said she next saw her father clinging to life in the hospital.

"When you hear someone say 'get him, get him,' you think that it's intentional, it's deliberate," she said. "His lower vertebrae was pretty much decimated, he had to get a spine fusion. He was unconscious for most of the time he was in the hospital."

His daughter said he started to recover and had to learn to walk and talk again. But he suddenly died from complications of blunt force trauma three months after the attack in June.

Investigators recently released video of the attack and were able to pull photos of three people of interest.

"It was just teenagers who went too far with something and they didn't realize the damage that it has ultimately caused," his daughter said.

Now Gbotoe's family hopes the surveillance video will touch a nerve and bring someone with information about the individuals out of the shadows.