Cat found with arrow stuck in body in California 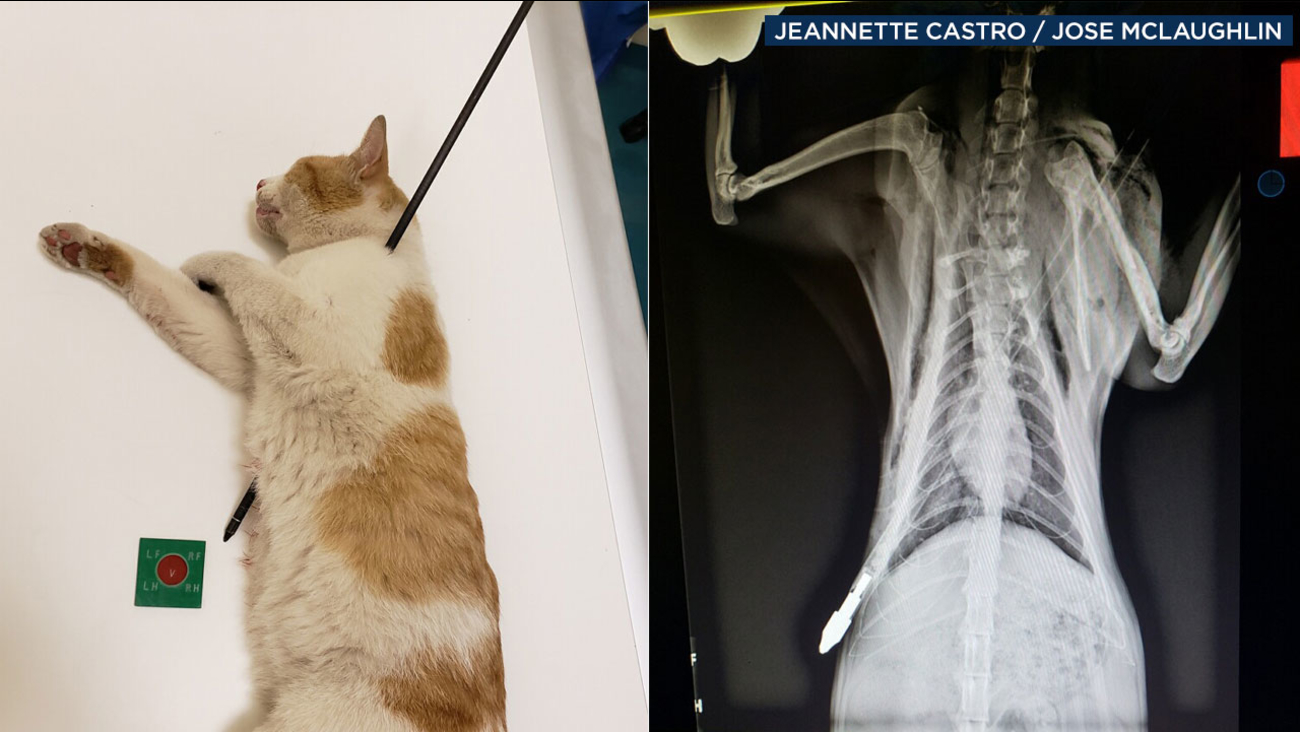 A photo shows a cat with an arrow stuck in its body alongside an X-ray of the animal. (Riverside County Animal Services)

SAN JACINTO, Calif. -- A cat is recovering at the San Jacinto Valley Animal Campus in San Jacinto, California after receiving emergency surgery to remove an arrow that was stuck in his body.

An animal control officer brought the 2-year-old male cat to the animal shelter after finding it with an arrow stuck in his body. The cat was alert and moving, but in intense pain.

The cat was quickly anesthetized and the team removed the arrow, which had entered the cat's left shoulder and exited his lower chest area near the sternum.

Dr. Sara Strongin said if the arrow had pierced the cat's chest cavity, the situation could have been much worse. She added there may be a chance that the cat suffered internal damage that could not be found in an X-ray.

In addition to the arrow, the cat also suffered a broken left front leg above his elbow. Surgery will need to be done and the leg could be amputated.

The cat is currently on medications, antibiotics and IV fluids as he continues his recovery.

The officer was unsure of who shot the cat, but hopes the public can provide tips or information that could lead to the animal abuser's capture.