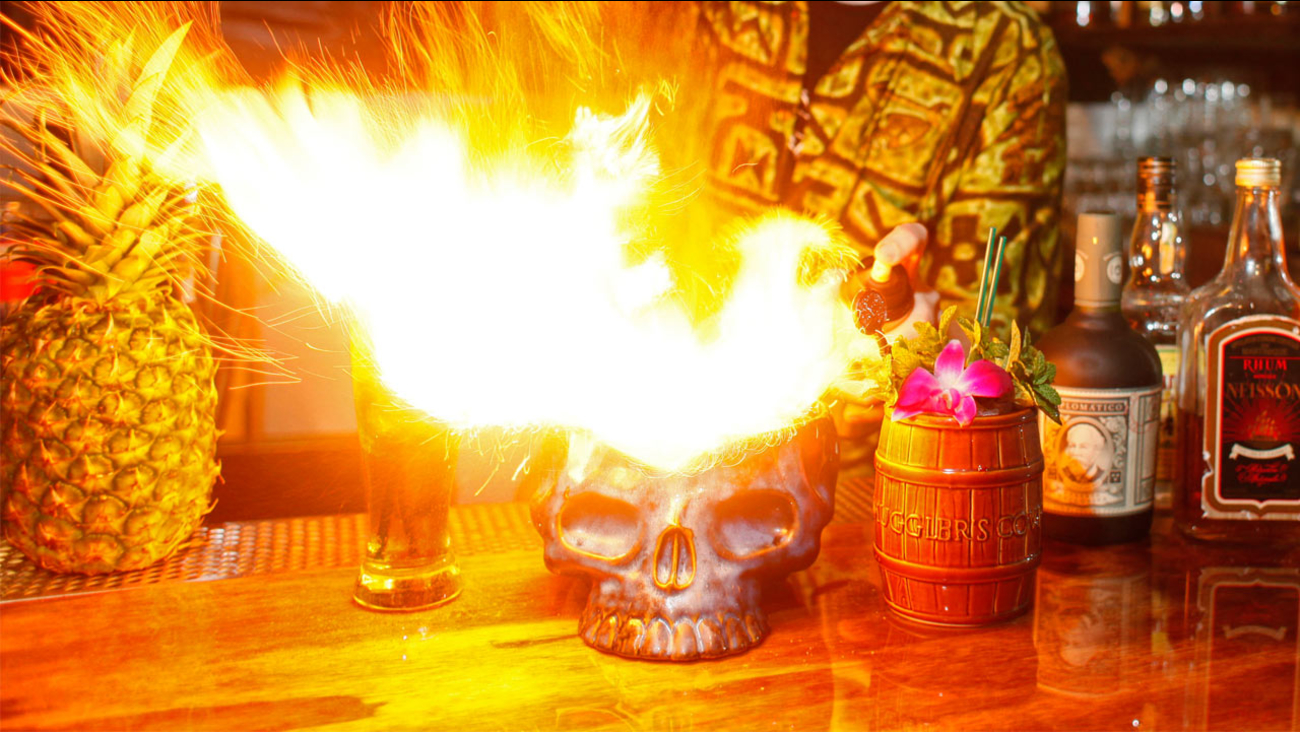 SANTA ANA, California -- What was supposed to be an exciting way to welcome in 2017 quickly turned dangerous, leaving a woman with injuries in Santa Ana, California early Sunday morning.

Authorities said a bartender poured alcohol onto the bar at Lola Gaspar in the 200 block of West 2nd Street at about 12:30 a.m. and lit it on fire.

The trick quickly backfired, catching a woman's face and hair on fire, according to police.

The woman was rushed to the hospital. Officials didn't disclose the extent of the woman's injuries.