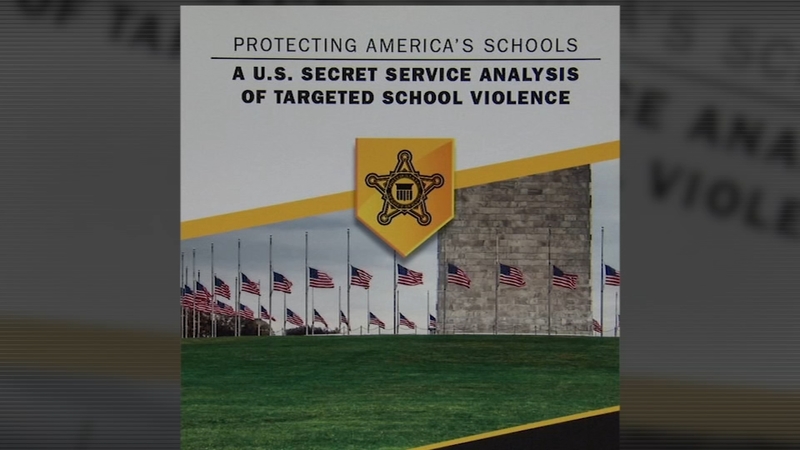 CHICAGO -- When shots started flying Thursday morning at a high school northwest of Los Angeles, it became the latest entry on a dangerous and deadly data trend.

The ABC7 I-Team has learned that since 2012's Sandy Hook attack in Connecticut, in which 20 children were killed, there have been sharp increases in the numbers of dead and wounded during U.S. school violence.

Now, we've determined that 2019 is already the third worst year on record for school shootings. With Thursday's incident, so far this year, at least 15 people have been killed and 112 wounded. 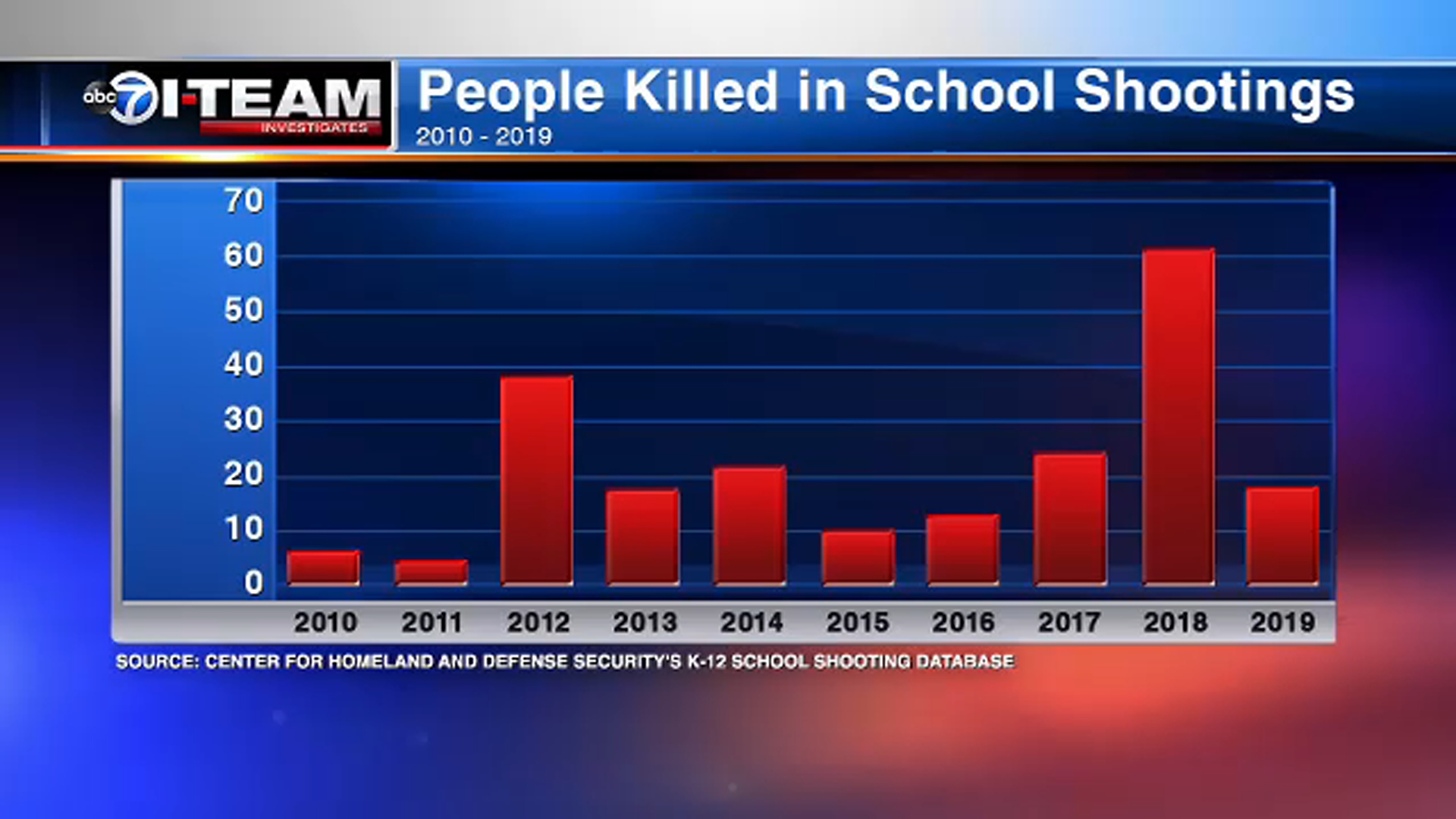 According to data published by the Center for Homeland Defense and Security, the number of school shooting incidents increased steadily throughout the past decade, peaking last year when 61 were killed and 113 were wounded.

Many of the attacks could have been prevented, according to a new threat assessment report from the U.S. Secret Service. The report is billed as a comprehensive investigation of school tragedies and is an aimed at prevention.

Coincidentally, Secret Service officials were in the Chicago suburb of Rosemont on Wednesday hosting educators, law enforcement officials and mental health experts to provide details of the study.

"There was no summary or useful profile of a student attacker," said Lina Alathari, Ph.D., and chief of the Secret Service National Threat Assessment Center. "The attackers varied in terms of age. The youngest was 12. The oldest was 18. Average age was 15. They varied in grade level-seventh grade all the way to seniors in high school."

While his motive hasn't been made public, authorities who were in Rosemont know about others.

"Every attacker exhibited concerning behaviors," said Steven Driscoll, a social science research specialist with the Secret Service who worked on the project. "Most exhibited objectively concerning or prohibited behaviors that should have elicited a safety response or a school threat assessment. These behaviors included threats to cause harm, violent acts, bringing a weapon to school or suicidal statements."

Most of the attackers had made threats of some kind prior to carrying out a school shooting, according to Driscoll.