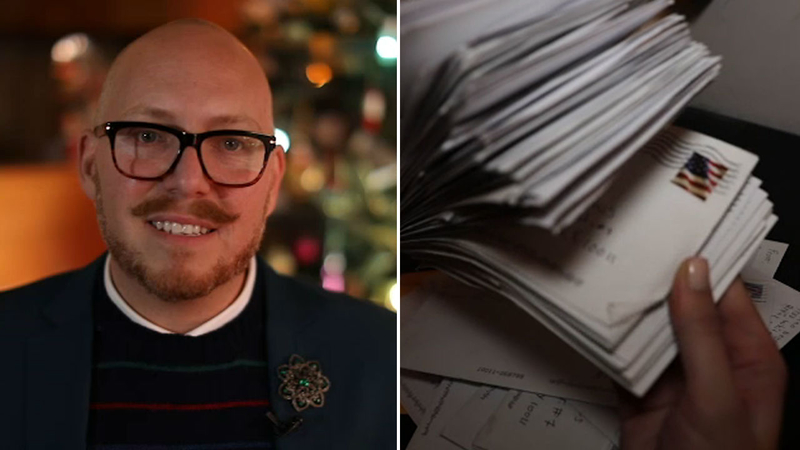 CHELSEA, Manhattan -- It's an annual holiday mystery: for some reason hundreds of letters addressed to Santa arrive to a specific apartment in Midtown every year. The owner doesn't know why, but that didn't stop him from stepping into Kris Kringle's shoes.

"Oh yeah, don't worry about it, but you're going to get these letters to Santa, they'll only be a couple, it's really nothing to even think about," Glaub said. "This sort of fluke has now turned into Christmas tradition."

That first year, Glaub received a few letters, but by year three, he received hundreds.

But why? One theory is that in 1882, Clement Clarke Moore lived on the street and penned his classic "The Night Before Christmas."

There were so many letters that friends, family and an army of elves helped fulfill all the wishes.

Now Glaub and his friends work their magic digitally through his nonprofit called Miracle On 22nd Street.

Tina Fey is even working on a movie based on their workshop.

"It just shows that there is this need for hope, a need for giving back, and it really is the greatest gift," Glaub said.