College Board to boost SAT security to combat cheating 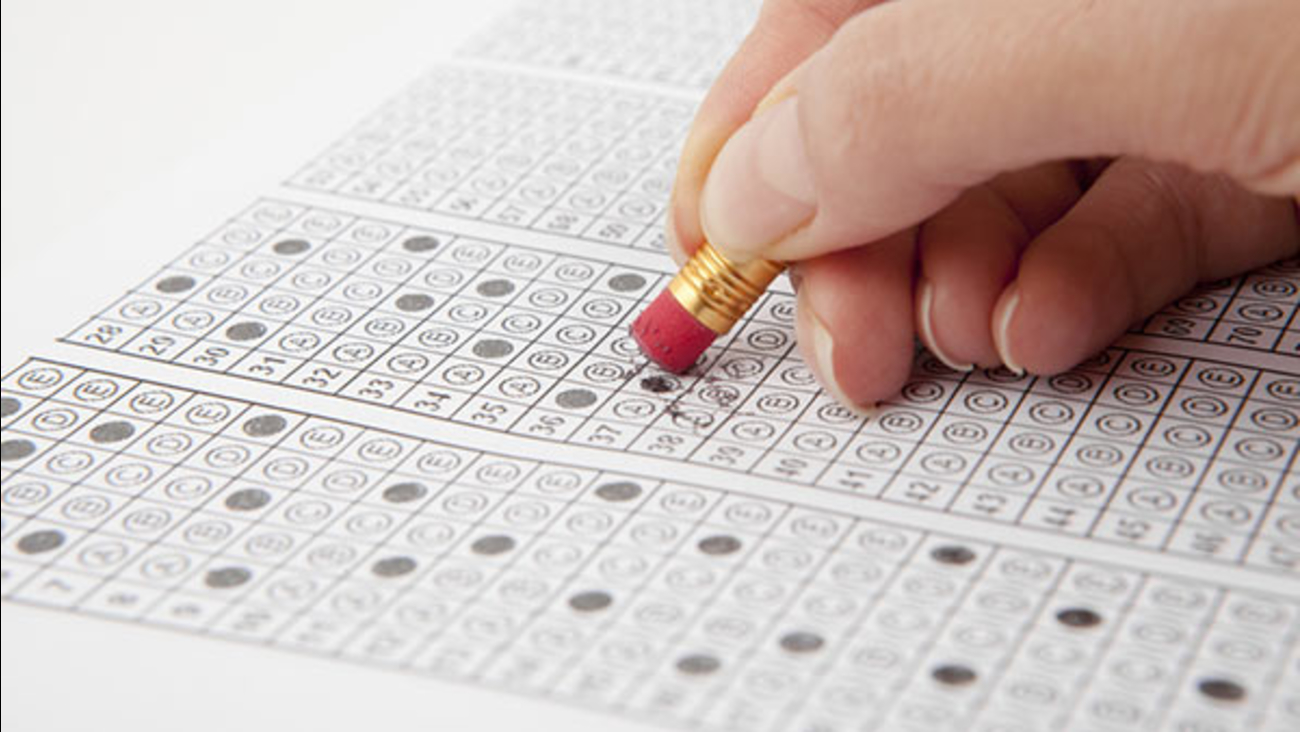 PITTSBURGH -- The firm that owns the SAT college entrance exam is boosting security worldwide following test-stealing and other cheating in recent years.

The College Board said it's reducing the number of international testing dates from six per year to four for the 2017-18 and 2018-19 school years. It says the move will reduce opportunities for test content to be stolen.

The New York-based college entrance exam provider announced Wednesday that it is taking steps to prevent past cheaters from retaking tests. In addition, it says it will alert law enforcement agencies in the U.S. and abroad of companies and people it suspects of illegally obtaining test content.

Other planned reforms include an increase in audits of test centers worldwide and steps to make it easier for students and educators to anonymously report suspected cheating.

"We are unwavering in our commitment to SAT test security and we will continue to confront any efforts to undermine it, including the unauthorized disclosure of test questions and test forms," Peter Schwartz, the College Board's chief administrative officer and general counsel, said in a written statement.

A frequent critic of the College Board believes the group isn't doing enough to prevent recycled tests from flooding an online black market where foreign students can buy copies of tests already given in the United States before they're recycled and given to students overseas.

"The most important thing is what they did not say," said Bob Schaeffer, Public Education Director for FairTest: National Center for Fair & Open Testing Schaeffer. "They did not say they're going to stop recycling tests, which is the primary tool used in all these international cheating scandals."

But College Board spokesman Zachary Goldberg said, "We are reducing re-use, it's in the announcement. We recognize that's an issue."

The official announcement says "the College Board has increased test form development to reduce reuse."

"With these new policies, the College Board is committed to expose and thwart individuals and organizations who attempt to steal and share test materials for profit and other gain," said Jeremiah Quinlan, dean of undergraduate admissions at Yale University.

The College Board canceled college entrance exams in China and Macau in January 2016 after determining some students may have obtained copies of the tests. Forty-five testing centers were affected, and similar problems have plagued the administration of the test in Asia in recent years, though cheating has occurred elsewhere, too.

In 2015, federal prosecutors in Pittsburgh charged 15 Chinese citizens in a conspiracy to have impostors take the SAT and other college entrance tests in Pennsylvania as far back as 2011.

A former University of Pittsburgh student, Han Tong, pleaded guilty and was sentenced to probation for being the go-between for Chinese students who paid up to $6,000 to have impostors take the tests for them. All but two of those defendants, who remain in China, have pleaded guilty. Eleven of the 13 convicted have been sentenced by a federal judge in Pittsburgh, and most were deported.

The Educational Testing Service, of Princeton, New Jersey, administers the SAT, the Test of English as a Foreign Language and the GRE graduate school entry exam, which were targeted in the Pittsburgh-based scam.

The College Board oversees registration for the SAT and is tasked with ensuring test results are legitimate for each student.