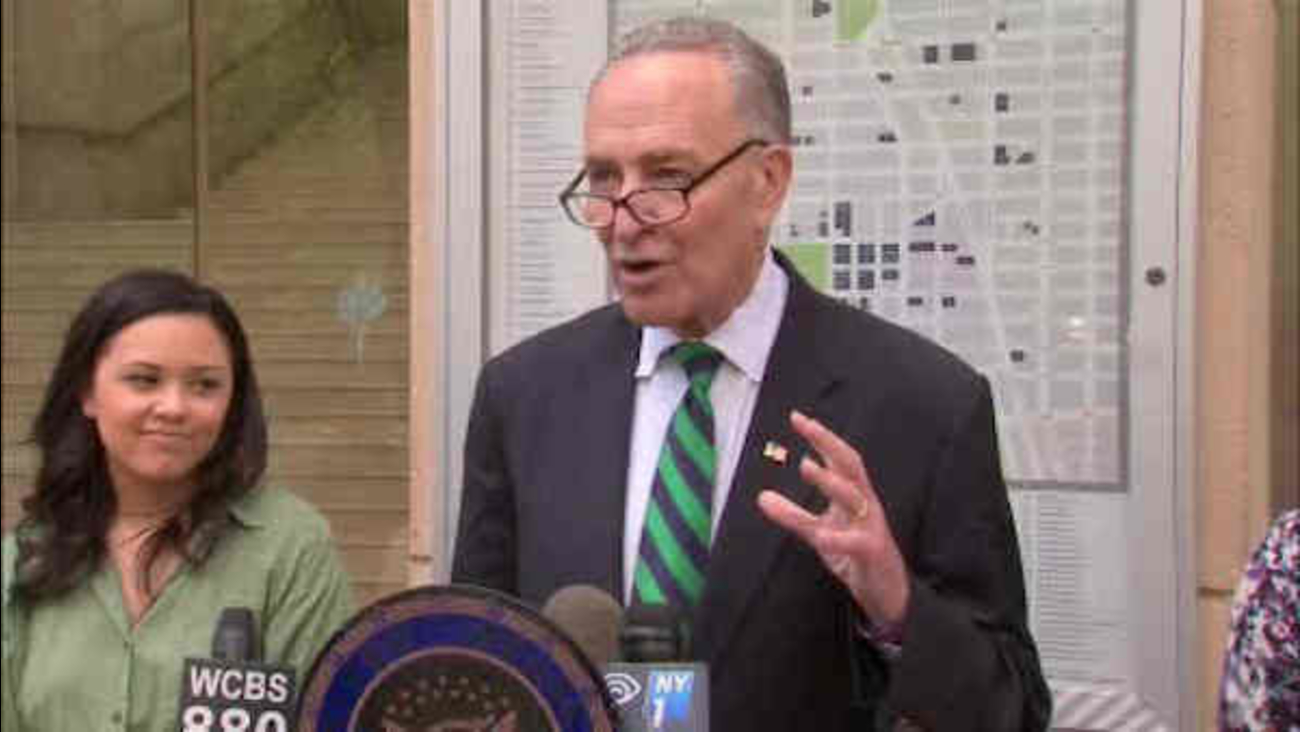 WASHINGTON -- New York Sen. Chuck Schumer, the No. 3 Senate Democrat and next-in-line party leader, said late Thursday that he is breaking with President Barack Obama and will oppose the Iran nuclear deal.

"After deep study, careful thought and considerable soul-searching, I have decided I must oppose the agreement and will vote yes on a motion of disapproval," Schumer said in a statement weeks before he will cast a vote.

Schumer is the first Senate Democrat to step forward to oppose the deal. His announcement came just hours after two other Senate Democrats - New York's Kirsten Gillibrand and New Hampshire's Jeanne Shaheen - announced their support for the international accord. The administration, which has lobbied intensely for the pact, had secured the backing of more than a dozen Senate Democrats.

Schumer's decision is a blow to the administration and his split with Obama is remarkable for a senior leader in line to replace Senate Minority Leader Harry Reid, D-Nev.

Schumer has been under pressure as a congressional ally of Israel, leading fundraiser and strategist for his party, and lawmaker from a state that is home to more than a million-and-a-half Jews.

"The very real risk that Iran will not moderate and will, instead, use the agreement to pursue its nefarious goals is too great," he said.

Schumer said that while he is opposing the deal, which would curb Iran's nuclear program in exchange for billions of dollars in sanctions relief, he signaled that he wouldn't lobby hard against the accord.

"There are some who believe that I can force my colleagues to vote my way," he said. "While I will certainly share my view and try to persuade them that the vote to disapprove is the right one, in my experience with matters of conscience and great consequence like this, each member ultimately comes to their own conclusion."
Related topics:
politicsnuclear weaponspresident barack obamapoliticsiranbarack obamacharles schumer
Copyright © 2022 by The Associated Press. All Rights Reserved.
TOP STORIES
AccuWeather: Threat For T'Storms Saturday
Locals prepare for July 4 weekend in Philly
Holiday weekend festivities begin early down the Jersey Shore
Officials: 2-alarm fire leaves firefighter, person injured in Montco
Man charged with first-degree murder in Delco road rage shooting
Experts predict large volume of travelers for July 4 weekend
Troubleshooters: PGW to reverse Weather Normalization Adjustment
Show More
Philadelphia area July 4th fireworks list for 2022
Del. state auditor acquitted of felony charges, guilty of misconduct
Officials: Man, 24, killed after shooting in West Kensington
DA: Officers justified shooting armed man in Hatfield Twp.
Artwork sought for display in Cause Village at "Made in America"
More TOP STORIES News