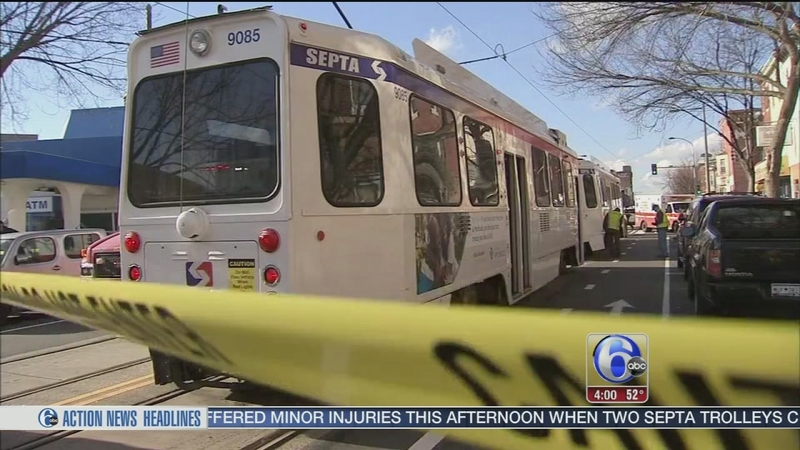 46 injured in trolley crash in Powelton

SEPTA officials say the trolleys were traveling in close proximity when one rear-ended the other.

"The one trolley just hit the back of the other trolley. That's all I know at this time. It's under investigation," Philadelphia Fire Battalion Chief Michael Senski said.

Some neighbors heard the crash and came out to have a look. They soon saw a large response by police, fire, and paramedics.

"All I heard was a big boom, and I didn't think it was that deep until I stepped outside, so I saw all the cop cars were here, the trolleys were backed up like how it is and this is a main street," resident Angel Preston said.

"It was like controlled chaos, I guess. The firemen, the police, they were all helping people," resident Ken Glasker said.

Everyone, including both operators, went to the hospital either for treatment or observation.

Passenger Anthony DeViato was among them. He described what happened on impact.

SEPTA service is being affected. There is no service between 36th and Market and 38th and Lancaster.

SEPTA is trying to figure out why the two trolleys were traveling so close together.