Inside SEPTA's control center, police are watching the 28,000 cameras in place throughout the transit system.
WPVI
By Annie McCormick 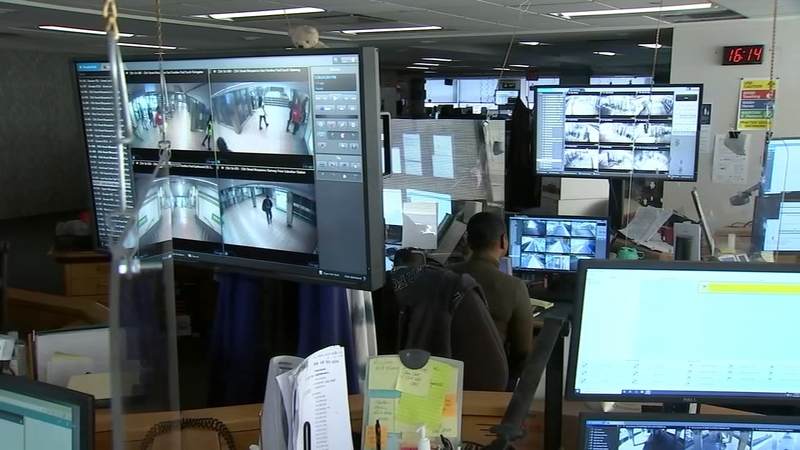 "Our officers are out there like they are every day. They're in those key locations where they think something will occur," said SEPTA Transit Police Chief Thomas Nestel.

Inside SEPTA's control center, police are watching the 28,000 cameras in place around the transit system on all lines, buses and transit centers.

"While there is no apparent nexus to Philadelphia at this time, people should remain vigilant & immediately report suspicious activity to 911," Philadelphia police said on Twitter.

The suspect in the Brooklyn shooting was wearing a gas mask, an orange and green construction-type vest and a neon-green work helmet -- something that would seem to stick out to crews monitoring cameras.

Investigators confirm some security cameras inside the three New York subway stations were down at the time of the attack.

"Technology fails sometimes," said Nestel "but you have to stay on top of it and you have to renew it every several years. There is a committee of executive-level people at SEPTA that meet every two weeks to discuss the technology issues and discuss any failures before they become widespread."

Action News asked SEPTA riders if they would change any of their riding habits following Tuesday's shooting and most said they're more concerned with the city violence they see every day.

"People get shot every day especially here in Philadelphia. It doesn't change anything for me because at the end of the day I still have to go to work," said Marquis Combs of West Philadelphia.

Sheila Simmons of North Philadelphia said, "All kinds of crazy things are happening today. We don't have control over it so I just pray and hope everybody is OK."

A person of interest wanted in connection with a Brooklyn shooting has ties to Philadelphia, authorities announced on Tuesday evening.

Authorities identified the wanted man as 62-year-old Frank James, who has addresses in Philadelphia and Wisconsin.

James allegedly rented the U-Haul in Philadelphia and the keys to that van were found in the shooter's possessions left behind at the subway station, NYPD Chief of Detectives James Essig said. He added, however, that investigators do not know if James has any connection to the subway shooting.