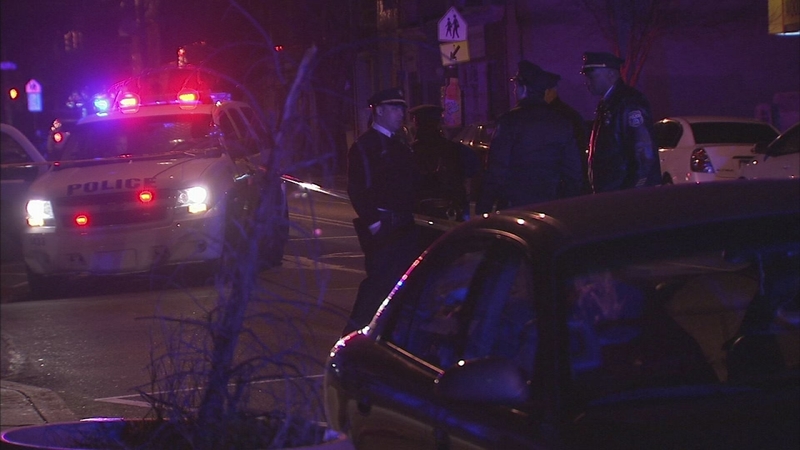 GERMANTOWN (WPVI) -- Philadelphia Police say a man is hospitalized in critical condition after a shooting in Germantown.

It happened before 1 a.m. Thursday at the intersection of Chew Avenue and Locust Street.

Officers arrived to find the man shot four times in the chest, stomach and back.

They took him to Einstein Medical Center, where he was listed in critical condition.

Police told Action News at least five shots were fired, and that the bullets came from a semiautomatic weapon, perhaps an assault rifle.

"These shell casings were about 10 to 15 feet from where the victim was lying," said Philadelphia Police Chief Inspector Scott Small, "which is an indication the shooter fired from very close proximity."

Investigators are looking for a dark blue four-door Hyundai Elantra that fled south on Chew Avenue without its headlights on.

They were checking area surveillance cameras for additional clues.