Man in custody after victim gunned down near Frankford Transportation Center 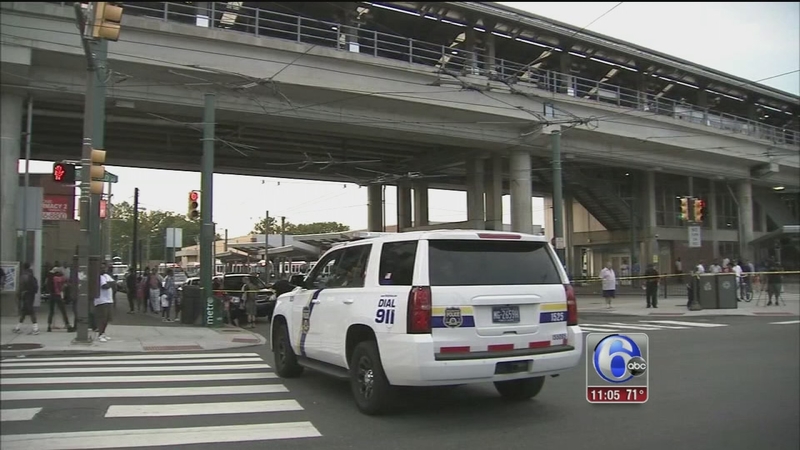 FRANKFORD (WPVI) -- A man is in police custody for questioning after a 22-year-old was gunned down near the Frankford Transportation Center.

It happened around 5:30 p.m. Wednesday at Frankford Avenue near Pratt Street.

Police say the gunman fired at close range at a 22-year-old man who was standing on a crowded street corner.

Bullets pierced his torso, back, and both arms and legs.

The victim was rushed by police to Temple University Hospital in critical condition.

A block away, police searched for the gunman after tips led them to a home.

"We made a non-forcible entry. Once inside, we did observe a male. To the homeowner's knowledge no one was inside. We found a male inside," said Philadelphia Police Chief Inspector Joe Sullivan.

Police say the man taken into custody didn't have a weapon on him, but is being held for questioning.